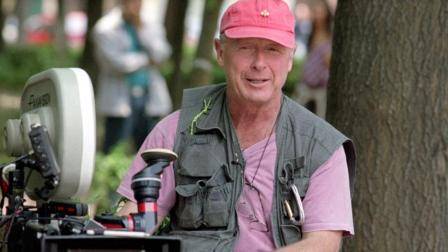 The suicide of iconic film director Tony Scott was a shock to the entire Hollywood community, TGATP, and the world.  It is reported today that Scott had inoperable brain cancer, which may have led to his decision.  Noted for redefining the Hollywood action movie and virtually creating the Hollywood blockbuster, Scott directed “Top Gun”, “Days Of Thunder”, “Crimson Tide”, “Beverly Hills Cop”, “Man On Fire” and my favorite, True Romance.  He made superstars of Tom Cruise, Denzel Washington, and Eddie Murphy.  His loss is monumental and TGATP condolences go to his fellow director and partner, brother Ridley Scott, his wife and two sons, and his other remaining family members.

Here are some Twitter tributes from his friends and colleagues in the Hollywood community:

Susan Sarandon (‏@SusanSarandon)Saddened by the death of Tony Scott. A wonderful film maker and a funny, sweet guy. My condolences to his family.

Christian Slater (‏@ChristianSlate4) Love ya Tony, always have, always will

Robert Rodriguez (@Rodriguez) Tony Scott. Damn. Great knowing you, buddy. Thanks for the inspiration, advice, encouragement, and the decades of great entertainment.

Chris Rock ‏(@chrisrock) Tony Scott director of my favorite movie man on fire. ” I wish you had more time ”

Justin Timberlake (@jtimberlake) So sad to hear the news about Tony Scott. His movies made growing up more fun for me. My prayers and condolences to the Scott family.

Samuel L. Jackson (@SamuelLJackson) Taking a moment to reflect on Tony Scott’s life & work! My sympathies to his family. Feeling the loss!

Eli Roth (@eliroth) RIP Tony Scott. Never knew him but always heard nothing but great things about him and I loved his films. Terrible loss for cinema.

Rosario Dawson (@rosariodawson) Tony Scott…. You left us too soon. How terribly sad. What a lovely, kind human being you were. I will love and miss you much. Blessings to your family. Rest In Peace.

Simon Pegg (@simonpegg) So sad to hear about Tony Scott. A master of grand action, nail biting pace and atmosphere. A real loss to film making.

Martha Plimpton (@MarthaPlimpton) So very, very sorry to hear of the death of Tony Scott. A terrible, terrible loss of a truly talented, brilliant man.

Zachary Quinto (@ZacharyQuinto) Met Tony Scott once. Thought we would meet again. Saddened by news of his passing. Grateful for the work he leaves behind. Peace to you sir.

Edgar Wright (@edgarwright) I just woke up to hear about Tony Scott. Can’t believe it. As I hope was evident in my work, I was big fan of his. Rest In Peace, sir.

Mark Romanek (@markromanek) Tony Scott was incredibly encouraging to me at an early stage of my career. He was generous, gregarious & immensely talented. Sadness.

Stephen Fry (@stephenfry) Deeply saddened to hear the news about Tony Scott. A fine film-maker and the most charming, modest man.

David Dayen (@ddayen) One of my first jobs in LA was transcribing story conferences between screenwriters and Tony Scott. RIP.

Val Kilmer ‏@ValEKilmer RIP Tony. You were the kindest film director I ever worked for. You will be missed

Yvette Nicole Brown ‏@yvettenbrown So sorry to hear of Tony Scott’s passing. Such a sad loss. Condolences to his family, friends and fans of his films.

Frank Marshall ‏@LeDoctor  Can’t quite believe we have lost the brilliance of Tony Scott, as a filmmaker and a friend.

Roger Ebert ‏@ebertchicago The death of Tony Scott is shocking and saddening. He was an inspired craftsman.