Entertainment
January 7, 2018
by That Girl At the Party
0 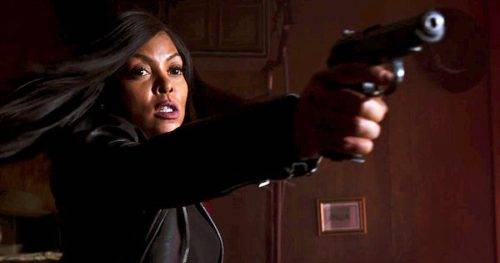 With a kickass 70’s Blaxpolitation trailer and my gal Taraji Henson in the lead as Mary, I have been excited about this film for months. I kept eagerly inquiring with both the studio and my fellow movie critics about press screenings. Now I know why there wasn’t one. The movie, to put it mildly, sucks.

It is hard to go wrong with Taraji and the premise of the film is at first glance intriguing – Henson as a highly trained assassin in a black crime syndicate, led by Danny Glover. I was picturing something, like the riveting “Atomic Blonde” with Charlize Theron, with tons of action, fight scenes, car chases and fight scenes. Instead “Proud Mary” is an overwrought melodrama. Focused more on Mary trying to leave her life of crime because she feels guilty about killing the father of a young boy, the film is a snoozer. There are literally only about seven minutes of action, with the other 81 minutes spent with either heartfelt conversations with the kid or contentious exchanges with her crime family.  “Proud Mary” is cliche ridden and derivative bringing to mind the far superior 1994 movie, “Leon: The Professional”.

In addition, the makeup and hair people should never work again! Taraji actually looked bad with cake makeup and obvious and cheap wigs. There are two bright spots about this film. First Jahi Di’Allo Winston, as the young boy, is a revelation. Trained properly, Jahi could be our next Denzel. His performance elevated the whole film and he has a great future. The other great part about this film was the soundtrack, so save your movie dollars and just Spotify the music.

Metro City Wing House Makes Best Wings In the US

Judas And The Black Messiah