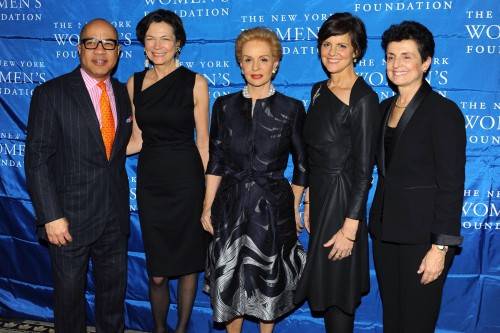 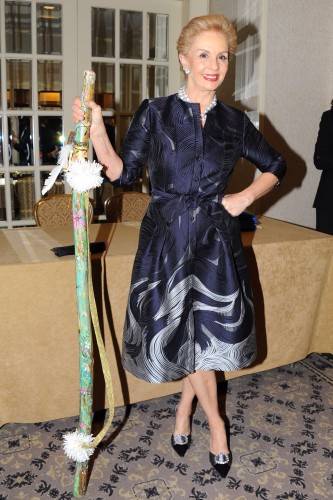 Anne E. Delaney welcomed guests to the annual fall gala on behalf of The New York Women’s Foundation®, thanking them for their continued generosity and support, and for coming to honor the individuals and institutions that have helped further NYWF’s mission and purpose of promoting the economic security of women; their right to live safely and without violence; and their health, sexual and reproductive rights. 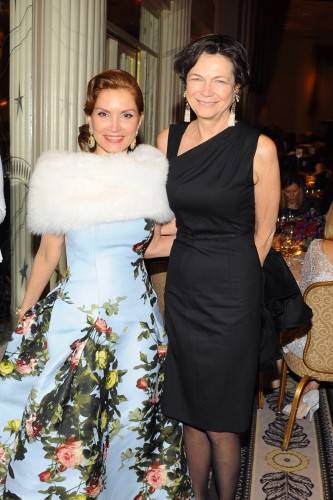 When it was first founded 26 years ago, The New York Women’s Foundation® began with $50,000 to grant to four organizations. In 2013, NYWF will grant $5.25 million to grantee partner organizations in all five boroughs, making it the largest Women’s grantmaking foundation in the United States, and amongst the largest in the world.

“We know that including and investing in women are key to creating lasting change,” Delaney said. “When you invest in a woman, she will uplift her family, her neighbors and her community. We know that for this city, or any city to thrive, all its people must have the opportunity to thrive.”

Diana Taylor then took the stage to present the first award of the evening to fashion designer Carolina Herrera for her philanthropic endeavors and entrepreneurship in the fashion industry and beyond for over three decades.  Throughout her career, Herrera has exhibited great generosity in her charitable and humanitarian work.  She has been awarded for her contribution to the EIF Women’s Cancer Research Fund, and has served as an ambassador for the American Cancer Society as well as the Intergovernmental Institution in the fight against malnutrition.

Herrera graciously accepted the award, calling it a great honor to support NYWF and its mission to empower women and provide them with the tools needed to succeed.

Taylor then returned to the stage to deliver a special proclamation to the New York Women’s Foundation on behalf of New York City Mayor Michael Bloomberg.

The New York Women’s Foundation® has worked hard to make New York a better place and ensure it remains a city of possibility for us all. This evening’s gala is a wonderful chance to not only raise support for this outstanding organization, but also to recognize several of its supporters for their unwavering dedication to the foundation’s mission: Carolina Herrera; Ruth Porat and Morgan Stanley; and Darren Walker and the Ford Foundation. Together, we celebrate everything that women contribute to the five boroughs each day and look forward to a stronger, more equitable future for all New Yorkers. 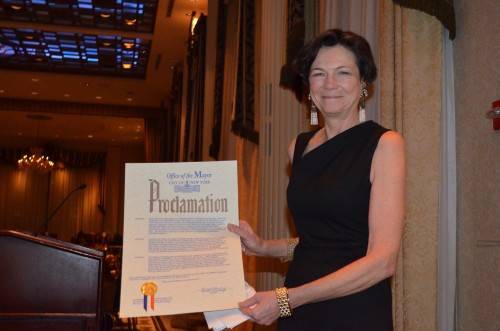 Anu Bhagwati, Executive Director & Co-Founder of Service Women’s Action Network, another of NYWF’s grantee partners, then presented the final award of the evening to Morgan Stanley Chief Financial Officer Ruth Porat, who accepted the award honoring Morgan Stanley for their two decades of philanthropic leadership and support of The New York Women’s Foundation.

Over the past twenty-six years, the NYWF has raised and invested some $33 million to over 280 women-led, nonprofit organizations, improving the lives of 5.4 million women and girls in New York City; 81% of those nonprofits that have received NYWF investment are successful and still thriving today. The NYWF continues to distribute some $5.25 million supporting more than 90 community-based organizations in New York City and works to improve the lives of women and families in all five boroughs.

ABOUT NYWF: The New York Women’s Foundation® is a cross-cultural alliance of women, serving as a voice for women and a force for change. The Foundation identifies innovative organizations that are effecting change in the communities they serve for women. NYWF strategically funds organizations and programs that move women, girls and families toward long-term economic security through individual transformation and systemic change, mobilizing leaders and community partners as philanthropists and change agents. NYWF funds programs that promote economic security and justice, anti-violence and safety; and health, sexual rights and reproductive justice for women and girls in New York City.

Gloria Esteban is honored at the 50th Anniversary of Vanidades Gala