A new poll by British department store Debenhams,  73 per cent of women don’t check expiry dates on makeup and are keeping it way beyond the recommended time.  Over half (54.7 per cent) of British women keep makeup for long periods of time because it “seems like a waste to throw it away”, new research has shown. Here in the States, it’s even worst with 80% percent of American women ignoring expiration dates.  With hundreds of products, I am certainly guilty of this one!   But while this approach may avoid waste, it could have significant health implications.

The Debenhams’ poll further  revealed that women’s makeup bags may be harboring more than the latest beauty innovations: a third of women use eyeliner that’s over the recommended one-year cut off; 22 per cent said they keep foundation for over a year – well over the recommended six months – and seven per cent of women admit to keeping eye shadow for over six years – five years more than advised! 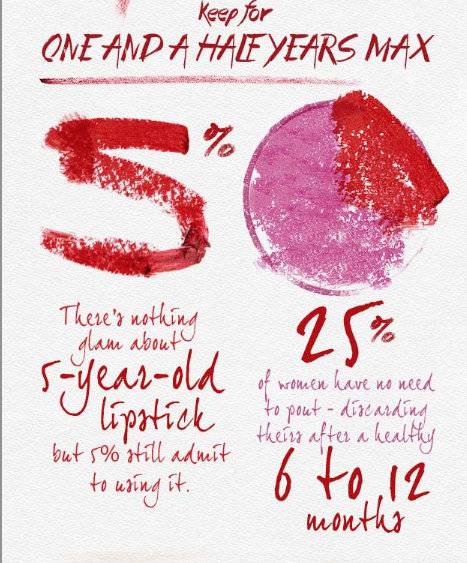 By keeping products for longer than recommended, women are putting their face at risk of becoming a breeding ground for harmful bacteria that can lead to problems like breakouts, eye infections and skin rashes.

Perhaps most worrying is that 73 per cent of women don’t look at the expiry dates on makeup at all, meaning they could be completely unaware that their habits are putting themselves at risk. 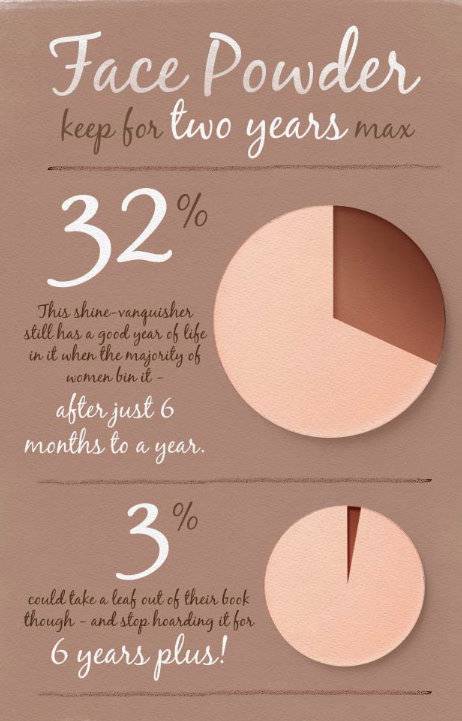 Commenting on the findings, Lisa Brett, spokesperson for Debenhams said, “It’s worrying to find that so many women are putting their health at risk by keeping hold of makeup for too long.  It’s important to check the recommended use-by date on a product, and don’t be tempted to hang onto it even if it’s been discontinued!  An out-of-date product will not give you the results it once could, and it may leave you with problems.”

“If your makeup is past its best, it’s a false economy to keep using it until it’s all gone – it’s not worth the issues it could cause. With summer here, what better opportunity to give your makeup bag a good clear out? Aside from the health benefits of replacing your old cosmetics with new, the world of makeup will have moved in leaps and bounds, if it’s been a few years since you explored it! With new formulations and colors hitting the shelves all the time, there’s really no need to hang on to old makeup.”

The Lynching Of Trayvon Martin