Entertainment, Featured Items
August 28, 2014
by That Girl At the Party
0 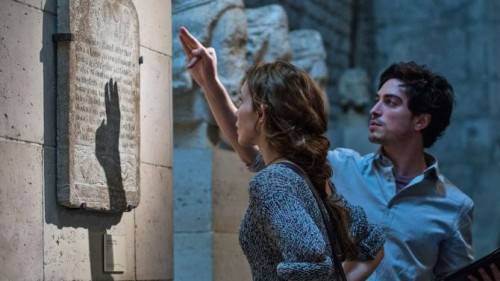 As Above So Below was so unintentionally hilarious that I thought I had stumbled into the latest film in the Scary Movie franchise!  The movie starts slow and ends stupid. What could’ve been a great concept with a really twisty ending, instead disintegrated into what I call a CWFF – a crazy White Folk movie.  Honestly, if someone told you that a portal was the gate to hell, would you go through it?  And how ’bout you hear that the last person that went through said portal never came back, would you eagerly walk through it?  And further, you run into that long missing dude once your dumbass does go through the evil doorway, wouldn’t you think it a bit strange that he survived all that time sans food or water?

These implausible scenarios are just a drop in the bucket to the 93 minutes of stupid decisions made by these characters.  No cliche is left unturned and, of course, the one Black male character is the usual horror movie meat.  Since the black dude always gets it when he suddenly disappears midway through, we thought that he had somehow already been killed and we missed it.  And when Death himself shows up, in his robes no less, I again, expected him to turn around and be Marlon Wayans!

The script was awful with the main character uttering “Oh My God!”, what seemed like twenty-five times, in the first five minutes.  And when the male protagonist, while literally facing death, says to the female lead, “If we don’t make it out of here, that week in Turkey was the best week of my Life.” had me crying laughing, it was so out of place.  Would anyone really be getting romantic while fighting off the Grim Reaper in the bowels of hell?

See this film if you, like me, like your scary movies to be implausible and hilarious.  There is no worry that you will need to leave the lights on.