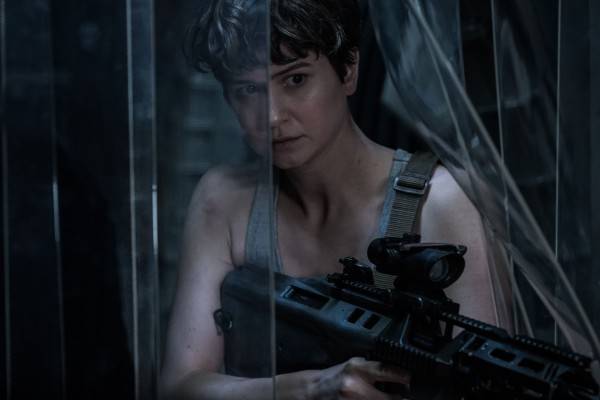 Who can believe that it has been nearly 40 years since Ripley kicked alien ass in “Alien” and “Aliens” Ridley Scott‘s first and second movies in this series? I loved those first two films but the franchise had lost its steam by the third one. Alien: Covenant is a return to form for director Scott, if not for the series.

The plot: Picking up after the doomed Prometheus expedition, a crew (led by Katherine Waterston, Billy Crudup) fly a colony ship to what they think to be an uncharted paradise. While there, they meet David (Michael Fassbender), the synthetic survivor of the doomed Prometheus expedition. The mysterious world soon turns dark and dangerous when a hostile alien life-form forces the crew into a deadly fight for survival.

The main element of the original Alien films, mainly a strong female protagonist, is missing from this one. The entire crew makes far too many sloppy, blindly idiotic decisions including the captain actually peering down into a pod! That said, Alien:Covenant is a great film to start your summer movie going off with a bang! The action is non-stop and the alien kills gory enough for true horror fans to overlook the obvious storyline and twist ending. See this on as big a screen as you can for further enjoyment.

Hey World Keep Donald! We Don't Want Him Back!

Detroit Could Be Set In Any City Today