Featured Items, TGATP Supports
November 13, 2014
by That Girl At the Party
0 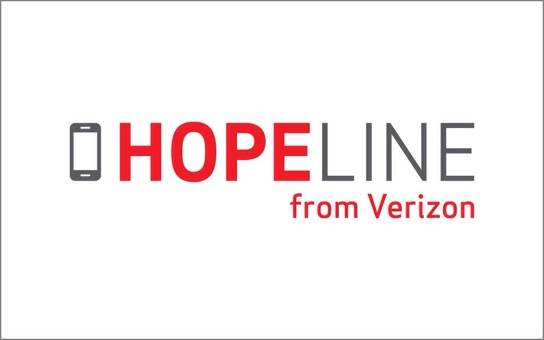 Amid all the recent horrific domestic violence reports from the NFL and proliferation of rape on college campuses across the nation, Verizon Wireless, one of the league’s biggest partners, has stepped up to reaffirm its stance on domestic violence: We must all band together to end domestic violence.

The company’s CEO, Lowell McAdam, made it clear in a recent editorial that the real issue at hand is not the image of Verizon or the NFL, but “the scourge of domestic violence itself.” He noted that it’s highly likely that you know someone who have been abused, physically or emotionally, by someone close to them.

According to the Avon Foundation for Women, 60 percent of Americans know someone who has been abused while 22 percent of people are victims themselves. Those staggering statistics only further drive home McAdam’s main point: We need to talk about domestic violence, because that is the only way we can eliminate the culture of denial surrounding the topic.

To help accomplish this goal, Verizon launched a new public awareness campaign this past June called Voices Have Power. You can see it here: http://www.voiceshavepower.com/

It is an online, social media platform that allows users to send messages of hope to victims of domestic violence. And for every message sent through the service, Verizon will donate $3 to domestic violence prevention organizations throughout the U.S.

If you would like to participate in Voices Have Power, you can do so via text at 94079 or through social media using the hashtag #VoicesHavePower.

Voice Have Power is run through HopeLine (http://www.verizonwireless.com/aboutus/hopeline/index.html), a program started in 1995 to provide domestic violence organizations and shelters with recycled wireless phones and accessories. Victims then receive the refurbished phones with free minutes and texting plans. Since 2001, they have donated more than $21 million in cash grants and 180,000 cell phones.

I am a proud blogger of 10 years, Founder of Canappetit, PR person, Web Entrepreneur, Founder of the Let Love Festival and the Henley Foundation , aunt to 9 and human to Bodhi and Yoko Rey