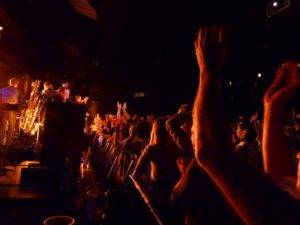 Although not one to linger in my illustrious past, like some of my “Band-Aid” sistren, TGATP traveled down memory highway with a night out with UB40.  It was simultaneously awesome and bittersweet, as two of the founding members the phenomenal former lead vocalist, Ali Campbell and keyboardist Michael Virtue are no longer with the band.  I met UB40 in their early days when they were just having their first taste of fame, when as a college girl, I was plucked from the audience and invited backstage. This began a odyssey of wickedly fun times with them that are some of my fondest memories.

In those heady days of my youth, I threw a party for them in my hometown and even flew to LA having been invited out to see them play.  I remember spending $90 in a cab to get from the surfer boy’s house I was staying in to the illustrious Hollywood Bowl.  That fabulous night was capped off with a raging great party at the Chateau Marmont, which was exactly like the hotel scene out of “Almost Famous.” One of the members (who shall remain unnamed) was my very first famous band boy and kickstarted my Band-Aid days. 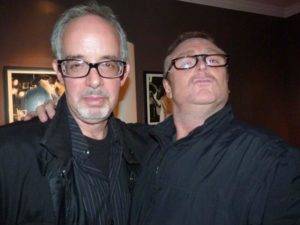 In fact, looking back now, UB40 literally, unknowingly, changed the course of my Life in many ways. They were the reason I formed a love for reggae and ska, moved to the UK, developed a taste for British boys, especially musicians, and became an Activist for the wrongly imprisoned.  Thus, it was a little strange seeing them without core members because when you hang with a band, just like your kids, you love them all equally.  It is like visiting a friend, who was one half of a really great couple, but has now split up with the other terrific person.  Even though it’s a great time, you’ll always miss the other person and wish they would work it out.  While I don’t know the particulars of the split, I love all the UB40 guys – the present and the missing- and hope there is not lingering bad feeling between them. (I felt the same way when my guys Living Colour and then Rage Against the Machine, went through their separations.  I was ecstatic that they reformed, even though they don’t play together nearly enough yet).  I wish that acts would realize that there is a certain magical chemistry that makes their music soar and it very rare that it is recreated without all the key elements.  But then, not knowing what truly caused the split, one never knows if, like an abusive marriage, it all just became too painful to endure. 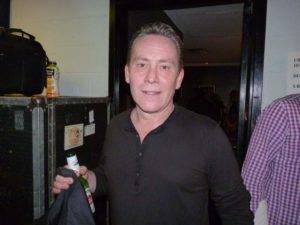 That said, UB40 still kicks out the reggae jams with authenticity.  I was particularly happy to hear the older, more dub-based hits, like “Tyler” and “I Think It’s Going To Rain Today”. Speaking of Gary Tyler, his story continues.  Thirty years after they wrote the song for him, Gary is still unjustly imprisoned.  This man has now ridiculously done 34 years for a crime he didn’t commit in Angola, one of the worst prisons in America and the world!  Check out http://freegarytyler.com/ and join the fight for his freedom by joining the Facebook page and Twitter on his case. 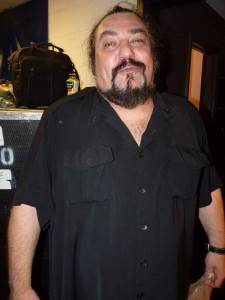 As usual, the BB Kings security was overly heavy-handed.  At one point the security, inexplicably, made the pass holders wait all the way at the bar after the show. Bad and overly zealous security is the one thing that mars what would be a great venue and the management really needs to reign that in already!  Ordering people around,  just to do so, is unnecessary power tripping idiocy.

But once we actually made if backstage, it was just like old times with a small intimate group of friends and fans hanging out for a spell.  It was oddly like the first time we met as almost everyone was new and I haven’t seen them in years.  It was truly wonderful and Life-Affirming to catch up with the guys and it has become a new forever moment!  I hope to catch them again as they will be playing Europe this fall while I am there.