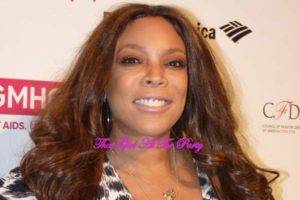 On Monday night, the Metropolitan Pavilion was loaded with glittering guests to support the Gay Men’s Health Crisis during the annual Fashion Forward event.  Hosted by the ever wonderful Tim Gunn, the fashion themed party featured a silent auction, a live auction led by a  Christie’s auctioneer and a spectacular fashion show with looks from Diane von Frustenberg, Anna Sui, Narcisco Rodriguez, Yigal Azrouel, Richard Chai, and Simon Spurr.

Noted celebrity attendees were:  Wendy Williams, Deborah Cox, the Blondes, from the Real House Wives of New York – Luann De Lesseps and Jill Zarin with her hubby Bobby,  e-lebrity Derek Warburton, and Mike Ruiz of the A List. . The runway show cast by Andrew Weir, and styled by Jason Farrer featured hair by bumble and bumble, make up by MAC, and top models including Jenny Shimizu (I can see why Angelina crossed over for her!  She exuded heat when TGATP met her!) and Omayra Mota.  The fundraising total from the evening is estimated to be upwards of $250,000, including the amount raised from the live and silent auctions featuring an “Enchanting Italian Hideaway” vacation package, designer wares, and much more.  The catering was provided by TGATP favorite, Tastings.

(Hilariously, one dolled up and confused regular partygoer,  has convinced herself that she is a celebrity!  She actually wandered onto the red carpet right after Wendy!  When queried as to why she had done the carpet, she inexplicably rambled on about how “a charitable cause” had asked her to walk it and then further that she is “a socialite like Tinsley Mortimer“!  I mean, honestly, the comparison was laughable! Tinsley is an ACTUAL socialite and had her own TV show.   Just having stylist friends doesn’t make one a star!  But gotta love this one’s chutzpah.  As she took to the red carpet, she had a gleam in her eye that was pure Eve Harrington!)

About the Gay Men’s Health Crisis

GMHC is the world’s first and leading provider of HIV/AIDS prevention, care and advocacy. Building on decades of dedication and expertise, we understand the reality of HIV/AIDS and empower a healthy life for all.  The mission of the GMHC is to end the AIDS epidemic and uplift the lives of all affected.

Marcus Samuelson and BlueStar Preview the Red Rooster in Harlem