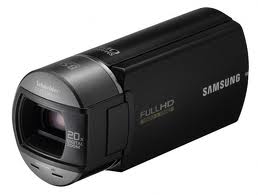 It may be because the “shopping gene” is generally passed down from the mother that I have always found it easier to pick gifts for my Mom than my Dad.  So this year, in preparation to celebrate my only remaining parent, I have been on the lookout for months!  Here are some hot gift ideas sure to please your Pop this Father’s Day.

Men seem to come into the world with gadgets on the brain! Thus, my first gift item is the newest addition to my camera collection, the Samsung Q10.  This amazingly affordable and compact videocam packs tons of great features in a tiny weightless package!  While I previously shot with FLIPs, this camera kicks the ready on-the-spot video concept up a notch, coupling easy to use controls with more zoom and a ton of modes.  With 1080/60i and 720/60p recording and a 20x zoom capability, the picture quality is second to none.  The screen is a nicely sized 2.7″ and rotates a full 180 degrees so that the user can monitor recordings.  The Switch Grip feature allows the camera to be flipped so that both right handed and left handed people can easily use it.  In addition, there is a handy feature called “Record Pause,” that allows users to stop filming then resume shooting without having to create a whole new clip.  For playback, the Q10 easily connects to the TV and it is a cinch to upload it to your computer for Facebook and You Tube uploads.  You can charge the camera with the AC adapter or with the USB drive on your computer which is awesome when traveling.  This camera will provide hours of pleasure to the happy Dad that receives it.  (Samsung kindly provided me with the camera and I will be doing a separate post with some user tips on the Q10 once I play around with it a bit more.)

Bring out the boy in your Dad with this cool series of grown up Lego sets.  The new Lego Architect Series features some of the most acclaimed architectural works of the past century including, two of my favorite buildings designed by Frank Lloyd Wright, Falling Water and the Guggenheim.  The world’s tallest building, the Burj Khalifa in Dubai and Ludwig Mies Van der Rohe‘s iconic Farnswoth House round out the series.  In the Landmark category, the Empire State Building, Rockefeller Center, the White House, and the Seattle Space Needle are must-haves! 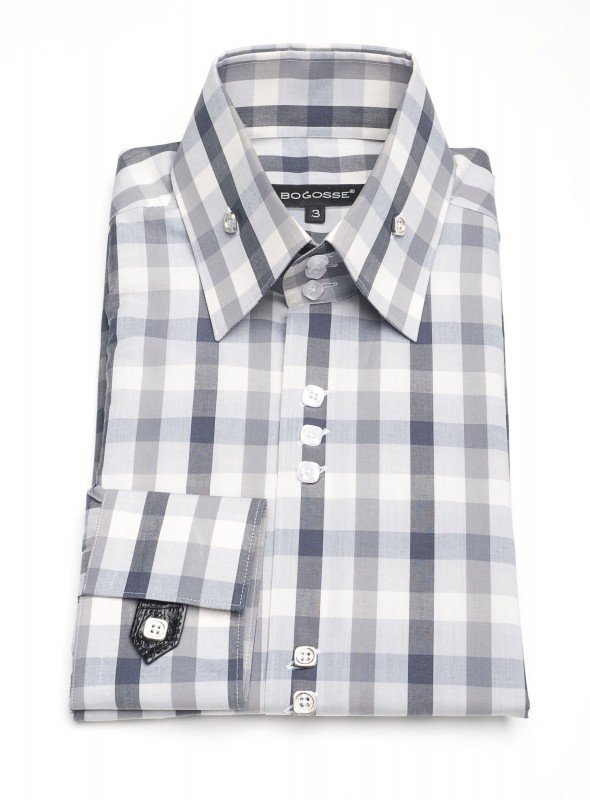 Your Dad will be eligible for the International Best-Dressed List with a shirt from Bogosse.  Renowned for unparalleled craftsmanship and refined style, Bogosse, (French for “handsome”) was launched in 2004 by hottie Haitian-born brothers Patrick and Fabrice Tardieu. (And I have to say that they are certainly living up to their company name!  Upon meeting them, I could only mimic Morris Day and do a female version of his famous “YEASSS!”) Favorites of Usher, Ryan Seacrest, and Howie Mandell, Bogosse shirts are the ultimate in elegance and combine regal classical elements with modern twists.  I am particularly fond of the integrated leather cuffs and playfully colorful stitching.  This is a perfect present that your Dad will be able to handsomely sport for many seasons.  Bogosse is available in-store at Neiman Marcus and Nordstrom and online at: www.bogosse.com/.

Meet Darcy, the Winner of the Livio Pandora Radio!

The Wright at the Guggenheim