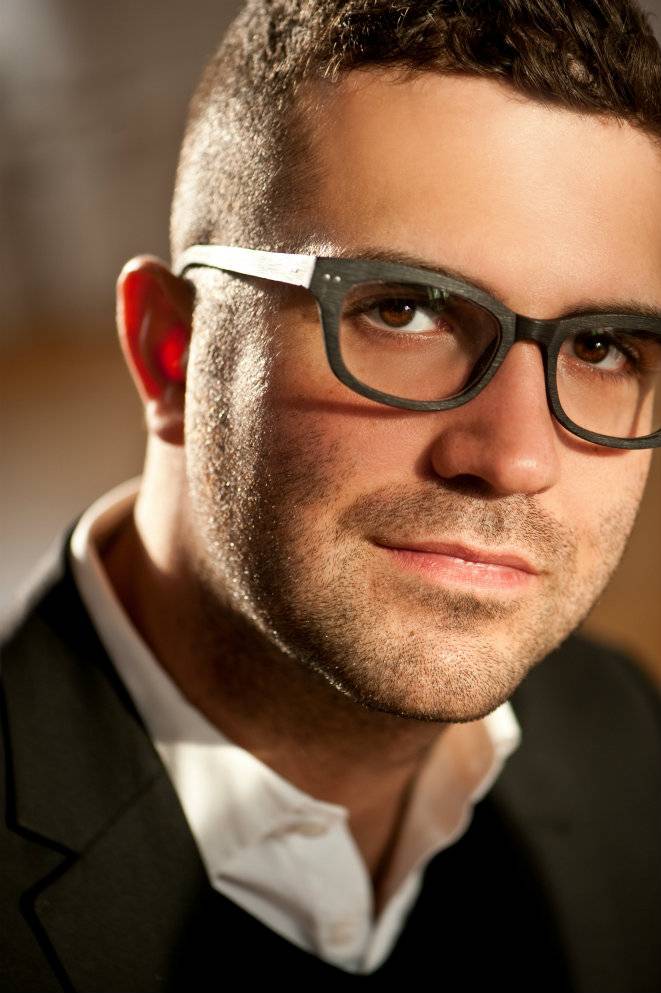 In 2012, I was blessed to have a couple of readings with the extraordinarily talented psychic medium Thomas John.  He helped me in many ways, in particular, in dealing with the passing from this plane of my much beloved Mom.  His reading was invaluable in allowing me to see that consciousness does not stop at death.  In 2012, Thomas accurately predicted some celeb happenings, like the TomKat split, that I really didn’t see coming.  So I was uber excited to see what he foresees in store for us in 2013!  Here are 109 predictions plus one I hope he can make for my new year.

7.                A global leader will be assassinated in June or July. Troops will be sent from the U.S. to calm the intense, but quickly resolved reaction.

8.                 A building will collapse in an English speaking country, killing many. It will seem strange or out of context, as if there is no apparent reason or purpose for the collapse.

9.             A large body of water that many use as a source of drinking water will become contaminated, making the water too polluted for it to ever really be used again. People may not be able to shower or drink water for over a month.

11.             Food riots will occur in some smaller European countries. The term “food riot” will be seen increasingly more often in the news and the subject will be profiled by mainstream media outlets.

12.             China will experience its only housing bubble, which will drastically shift reports and opinions that China is pulling ahead economically. Still, China will pull ahead of the U.S. on many fronts, particularly in export/import and technology/medical advances.

13.             The Single Supervisory Mechanism (SSM) in Europe will strike up controversy toward the beginning of the year, most of which will be in the U.K. It will trigger a major debate in the U.K. over the country’s national policies and lead to a dialogue about a referendum on its membership to the EU.

19.             A helicopter carrying important people will crash and land in water, resulting in few or minor injuries.

20.             A terrorist attack involving something in the sky – a large mass, helicopter or small plane –will emerge surrounding Washington, D.C., resulting in possible casualties.

27.             Five to ten people will be murdered by a serial killer in Florida, or in another warm or southern area. The suspect will be a white male, between 30 and 40 years old. This may be linked to other unsolved cases.

29.             Kate Middleton will repeatedly be featured in the news for health drama around her pregnancy, including major hospitalizations and the delivery of a child BEFORE its due date.

30.             There will be a death surrounding the British Royal Family, possibly the passing of the Queen.

31.             Pippa Middleton will begin a new career path. She will be seen partying a lot and there will be concern about her drinking and behavior. There will also be some drama around locating her when Kate delivers.

32.             Prince Harry will enter a serious relationship with a woman he will eventually marry.

35.             Madonna will reveal her engagement to Brahim Zaibat. While no wedding plans will be in the works, the engagement will be made official with a lackluster ring.

38.             Taylor Lautner will become publicly and heavily involved with a girlfriend of little Hollywood significance.

39.             Bradley Cooper and Zoe Saldana will make their relationship more official. There will be clear evidence that they are moving in together and planning to marry.

42.             There will be a break up or a clear, definite split surrounding the Kardashians.  It’s possible that Bruce and Kris Jenner will finally part ways.

43.             Celine Dion will have a small health crisis that will last two to three weeks, and will require a brief hospital stay.

45.             Regis Philbin will be in the news for a small stroke or heart issue. It won’t be anything major and it will pass almost immediately.

46.             Kirstie Alley will be involved in a scandal. She will be in the news for some sort of controversy regarding a legal situation that may involve trademarks.

47.             Cam Gigandet and Dominique Geisendorff will be the new hot and heavy couple in Hollywood.  America will fall in love with this modern, media friendly couple as they become “so cute” with their two children and Hollywood papers will eat them up.  Cam will receive bigger roles.

48.             Taylor Swift will be ALL over the place with relationships this year and will start acting in a way that is out of character and almost seems reckless.

52.             Lindsay Lohan will surprise us all by really pulling it together and basically disconnecting herself from her entire family. She will be nominated for many awards.

56.             A young Hollywood starlet will be involved in a serious, potentially fatal car accident.

57.             A major, Oscar nominated actress, with blonde or silver hair will be diagnosed with breast cancer.

64.             Overall, 2013 will be a strong financial year – probably the best year we have experienced since before 2009. In general, stocks and natural gas will be up, crude oil will be down and real estate will start to BOOM!

65.             Unemployment rates, and specifically, under employment, will continue to skyrocket.

66.             Many military veterans will be unsupported and will have terrible difficulty finding jobs. The hypocrisy of the U.S. economy will be exposed or talked about in the media, especially regarding veterans.

68.             Starbucks will be exposed for dishonorable practices around coffee and will be referred to as “hypocritical” in the news.

69.             California will enjoy positive economic outcomes and increased stability. This year will be better economically than previous years have been for this state.

70.             A “dollar crisis” will emerge. The treasury market will be an issue; gold will continue to be a safe haven, but even gold prices will be more bullish. U.S. Bonds will crash toward late September.

78.             A GIGANTIC scandal will surround Mitt Romney that will cause many to breathe sighs of relief that Romney did not win the 2012 presidential election.

79.             A huge sex scandal will emerge, involving a United States senator from the South and an underage male.

80.             Texas will see political turmoil and major corruption. Many people will be removed from office.

82.             Unpredictable weather patterns will form in many parts of America from March to June, including unprecedented winds in the South, tornadoes, and extreme, heavy rains.

84.             A storm with heavy rain and high winds will tear through the East Coast during the early part of the summer. Damage will not be significant compared to Hurricane Sandy, but will still be fairly major overall. Cities may shut down for a day. Flooding will be severe.

85.             A major earthquake will hit California, resulting in serious damage and power outages.

87.             Enormous damage or mass destruction will occur due to either a volcano, or some sort of weapon of mass destruction. It will be icy and cold after the destructive event. The months of November and December, and the word “Syria” will be relevant

88.             A volcano will erupt unexpectedly or on a date different date than was anticipated. It will wreak tremendous havoc, but will cause few deaths, if any.

89.             Parts of Miami will be totally destroyed in a terrible hurricane that will claim many lives. This hurricane will start further out and may hit parts of Puerto Rico and the Bahamas, resulting in equal destruction there.

91.             The use of full body scanners that obtain images of people as if they are totally nude will be implemented in airports, creating massive controversy around privacy issues.

92.             New technology will emerge, allowing people to sleep less (four to six hours per night instead of eight) and still feel fully and completely rested.  Patents will be filed surrounding this.

93.             An online hacker will attack a hospital, sending the media and government into a frenzy about Internet security.

94.             New technology that somehow electronically or magnetically repels bullets will emerge and will be tested among the U.S. Army Reserve.

95.             5G systems will be integrated into more PCs, digital televisions and mobile devices, becoming the new standard in mobile telecommunications.

96.          Random fingerprinting and DNA sampling will enter the national dialogue.

97.          Reports of personal DNA sequencing will become common and the price will drop substantially.

98.          The strongest evidence for extraterrestrial life will emerge from a research finding on Mars.

100.          A discovery will be made on the frontier of quantum physics or physics that could eventually revolutionize the way air travel is completed or conducted.

102.          The launch of Falcon Heavy will prove to be lackluster and will end much sooner than planned.

103.          A strange airborne illness will be connected with bugs in an English speaking country – possibly Australia, U.K., or USA – next summer. The insect transmitting disease will have originated from Mexico or South America.

104.          A food poisoning issue in Arkansas will result in health concerns and possible deaths of several school-aged children.

105.          A food borne illness will start in Asia and spread to the US.  It will be easily fixed, but will scary for about one week.  The number 7 will have some significance.

106.          The release of a major discovery will forever redirect the way HIV research and approaches to curing HIV are conducted. This will be one of the top 10 medical breakthroughs of the 21st century.

107.          There will be a medical breakthrough surrounding the treatment of thyroid problems that will basically eliminate many of the major issues.

108.          Intensive deep brain stimulation will be popularized as the treatment of choice for people with Alzheimer’s disease. In particular, the brain will be treated more and more with a pacemaker-like device.

109.          A trend toward triaging patients using knowledge based resources outside of hospitals and over the web or phone will emerge. Patients will only be sent to hospital for certain symptoms.

And finally, 110.  That Girl At The Party will become rich and possibly famous, travel the world, adopt two new pets, and finally settle down with a new wealthy younger man! (that’s my one, have to see if Thomas can concur! LOL)

ABOUT CELEBRITY PSYCHIC THOMAS JOHN:Thomas John is an internationally regarded psychic medium and clairvoyant, as well as a published author and life coach, who has conducted hundreds of readings around the world.  Known for his accuracy and detailed readings, Thomas John has provided evidence of the survival of consciousness to clients ranging from doctors, lawyers, Wall Street moguls, several high-profile celebrities including Jennifer Lopez, Courteney Cox, Sean Young, Sonja Morgan, Ramona Singer, Sanaa Lathan, Gabriel Soto and Eva Pepaj, as well as individuals such as, Lynne White, Donny Deutsch, Magee Hickey and Judy Licht and Courtney Henley-Anderson (a.k.a blogger “That Girl At The Party”).

5 Tips To Keep Your 2013 Fitness Resolutions

Join Me Tonight For Halloween With Thomas John!