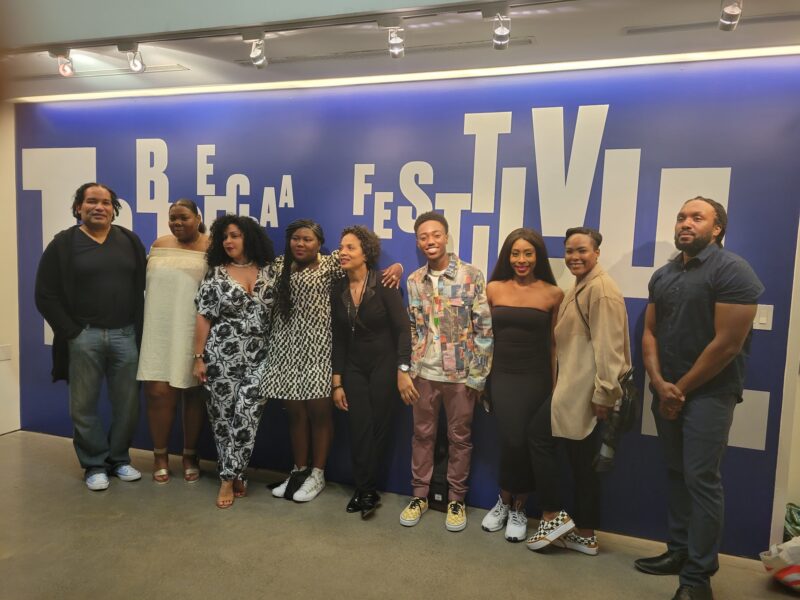 An unforgettable night wrapped up Day 8 with Blondie members Debbie Harry and Clem Burke, director Rob Roth, Tribeca Festival co-founder and CEO Jane Rosenthal, and special guests Fab 5 Freddy, Rebecca Hall, and Morgan Spector walked the red carpet for the screening of Blondie: Vivir En La Habana. The short film documents the legendary rock band’s 2019 performance in Havana, Cuba. After the film, the audience was treated to a spectacular concert, and everyone cheered, danced, and sang along as Blondie performed some of their biggest hits, including, “Rapture,” “Call Me,” “One Way or Another,” and “The Tide is High.” Debbie dedicated the set to director Rob Roth and thanked Tribeca for the wonderful welcome, as the crowd applauded and called for an encore.

Indeed, the world’s number one job site, partnered with Emmy Award-winning writer, creator, and actor Lena Waithe and her company, Hillman Grad Productions, to create the Rising Voices initiative, which aims to uncover, invest in, and share stories created by Black, Indigenous, and People of Color (BIPOC) filmmakers and storytellers around the singular theme of the meaning of work, and the idea that jobs can change us all. Each of the initiative’s 10 films premiered during a special event at Pier 76. Waithe was in attendance, along with Indeed CEO Chris Hyams, Tribeca Festival co-founder and CEO Jane Rosenthal, Hillman Grad Productions President of Film/TV Rishi Rajani, Indeed Group Vice President of Environmental, Social & Governance LaFawn Davis, and all 10 of the emerging filmmakers.

For the Werewolves Within premiere, based on Ubisoft’s popular VR game of the same name, director Josh Ruben had the whole cast singing “All Star” by Smash Mouth when he was taking pictures on the red carpet. Josh’s introduction included a nod to the past 16 months of change and encouraged everyone to watch his film once or twice, but if they hate it, don’t tweet it. Catherine Curtin rallied everyone to take a group shot including producers as a memory to remember the amazing film.