From the Great Gatsby to Fast and Furious 6 to Before Midnight to Star Trek: Into the Darkness – the summer movie race is in full swing.  In this post,  TGATP give you the skinny on what films to definitely see and one a film that surprisingly, missed the mark.

(TGATP Note:  I will be adding to this post as I the new releases come out.)

1. The Great Gatsby – (see still above) Gatsby is breathtaking and the best movie version of the novel ever made.  Not to be missed, it features stunning cinematography, subtlely appropriate use of 3D effects, a banging soundtrack, and pitch perfect performances from all of the actors, especially Leonardo DiCaprio as Gatsby and Carey Mulligan as that gold diggin’ bubblehead Daisy.  I LOVED this movie and it stayed with me long after the final credits rolled.  But please, see it in 3D as it makes all the difference.  The two people I know, who saw it without the benefit of 3D, didn’t dig it.  In fact, I thought we were talking about two different movies.

2. Fast and Furious 6 – I am a self-confessed action junkie and FF6 delivered big time!  The whole cast is back including Vin Diesel as Dom.  This time the team has to work with Hobbs, played by the Rock, to stop international terrorists in exchange for pardons and to rescue Letty, who is suffering from amnesia.  It’s an unrelenting thrill ride with gun fights, fist fights, cat fights, martial arts, hot dudes, hot chicks, cool cars, and some of the most heartp0ounding stunts ever pulled off. And of course, there are some awesome car chases!

3. Before Midnight – I have loved all the films in this series as they are such an honest and romantic look at relationships.  We’ve followed  and   for so long now, that it is like we are actually friends with them.  The third film in the series finds them together after his divorce, raising kids and is a lot less romantic than the prior outings.  I found Delphy’s Celine a bit shrill and at times, the film was a bit like a modern day “Who’s Afraid of Virginia Wolff.”  I can’t even imagine talking to someone I love like this film portrayed.  However, one sista critic claimed in the elevator that she relates to her man in the same manner, so maybe it’s the sort of dance that long term couples engage in.  Hell, I’m single, so maybe this sort of ball busting drama is what guys want.  Despite losing me during some of the epic fights, there is still no couple I would love to hang with more on a warm summer evening in the French countryside than Jesse and Celine. 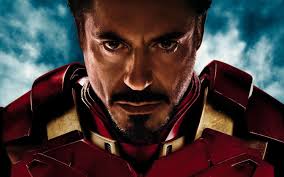 4. Iron Man 3 – Robert Downey Jr. delivers another stellar performance as Tony Stark a.k.a Iron Man. In the third film in the series, our hero is suffering some serious PTSD after his world saving outing with his fellow Avengers. At the same time, he is forced to go head-to-head with a very nasty adversary, who is developing a serum that can help people regrow limbs but also turns them into human bombs.  Great action, fun plot, and snappy one liners from Robert Downey Jr. make this a definitely summer must-see!

5.  Star Trek: Into The Darkness – Although less action packed than the previous outing, Star Trek is still a must-see.  While a modern take on the legendary franchise, the script has all kinds of fun winks to the original ’60’s series, including tribbles, Klingons, and those snappy costumes.  Even the story is a tribute to the previous outings with the Starfleet Enterprise crew dealing with the deadly wrath of Khan, played very nastily by the oddly named Benedict Cumberbatch.  The one misfire in the series is the inexplicable and unbelievable romance between hottie Zoe Saldana‘s Uhuru and Zachary Quinto‘s Spock.  I just don’t buy it and really, what woman wouldn’t more realistically be with Captain Kirk? 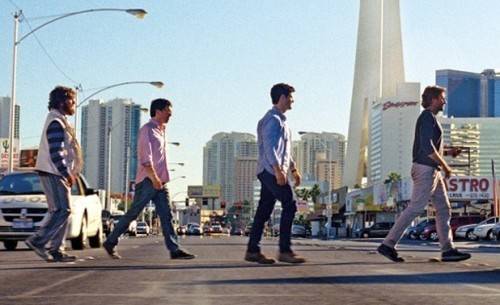 6.  The Hangover III – I actually liked  “The Hangover Part II” better than the first one, so I was really looking forward to III.  Unfortunately, I was very disappointed.  The third film is just not funny because it strays too far from the “party gone way wrong” formula.  Starting with a funeral then following with an intervention, gives the film a heaviness that it never recovers from.  In addition, there are just blatantly unfunny racist and cruel moments including the senseless beheading of a giraffe, the equally unnecessary murder of dogs, and elder abuse.  And the thought of Zach and Melissa McCarthy fornicating is enough to put you off sex for a good while.  Hopefully, this truly is, as the poster says “the end” of this, now tired, franchise.

Celebrate Summer With An All-American Burger