Every holiday season a spate of highly anticipated films are onto the movie going public.  Some live up to the hype while some are a waste of your holiday minutes.   Here are the majors and the indies that we are most excited about.

1. Les Miserables – Pitch perfect casting, the right director, and the producer who started it all, this is the one to see!  I was surprised to hear some ill-informed people balk at the casting of Hugh Jackman as Jean Valdean.  They claimed that he was “too Hollywood”.  However, Jackman has quite a Broadway pedigree starring in “Oklahoma” and ”   ” to name just two.  I really wish he would do “Pal Joey” as the recent revival cried out for him!  Bring tissue as I cried from start to finish.  But then this story has always hit me in the heart.  My Mom had me watch the first “Les Miserables” with Charles Laughton and Fredric March from 1939.  I remember being struck as a child by the great cruelty and injustice of a man being imprisoned for 19 years then hunted for the rest of his Life for stealing bread to feed a child!  Horrible.  Perhaps it’s why I later went on to advocate for innocent people in US prisons, which I will be talking more about in January when I review “West of Memphis”. 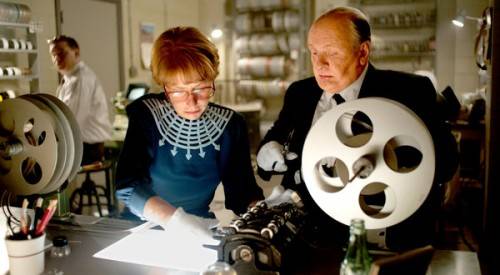 2. Hitchcock – Out now, I can’t wait for this one.  Again, there is no movie more perfectly cast with Anthony Hopkins as Hitch and Helen Mirren as his beloved wife, Alma.  I am MAD for Hitchcock and often have whole Hitchcock days where I watch 2 o 3 of his movies in a row.  While “Psycho” is the most popular, I love “Shadow Of A Doubt”, “Dial M for Murder”, “Rope” and “Strangers On A Train” and my all time favorite is “Rear Window” each of which I have seen at least 20 times! 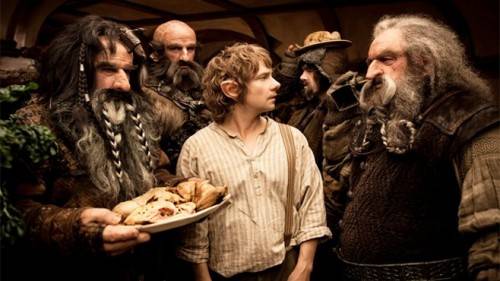 3. The Hobbit: An Unexpected Journey – A can’t miss film for any fans of The Lord of The Rings trilogy.  This series is one of the rare occasions when I found the films much more engaging than the books.  As a child, I kept picking up and putting them down perhaps too young to understand the allegories and metaphors .  With Peter Jackson in the director’s chair and all the familiar faces back, this will definitely be stunning. 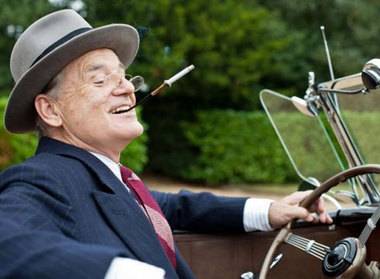 4. Hyde Park On Hudson – Who knew that JFK and Clinton weren’t the biggest Horndogs-in-Chief?  FDR seems to have maintained a literal harem while in office with Eleanor enjoying the company of her lady friends.  A period “Sister Wives” with a royal visit in the middle, Hyde Park On Hudson is visually stunning with a captivating story and Oscar-worthy performances from Murray and Linney.  This may finally be Bill’s year! 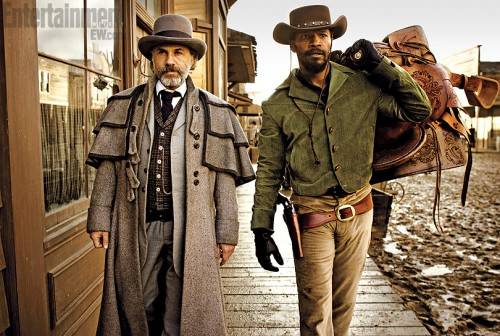 5.  Django Unchained – “Blazing Saddles” meets “Kill Bill“, this period piece gives Tarantino another forum for his apparent obsession with the N-word.  It’s bold, stupid, too long and over the top thus the perfect movie to take your mind off the abuse you get from your dysfunctional family members every holiday.  .  Jaime Foxx brings swagger, Christoph Waltz is amazing again, and Leonardo DiCaprio plays a plantation owner a little TOO well.  I had major issues with the whole Uncle Tom thing, as overplayed by Samuel L. Jackson.  I find that far too often White folks will try to excuse their ancestry’s appalling slavery practices by claiming that Black people sold themselves out both in Africa and on the plantations, which is a glaring exaggeration of the Truth.  But then, despite his every wish to the contrary, Quentin is White, so there you go.  Not a family movie and blatantly offensive to our history, but see it so you will know what all the controversy is all about.  Spike is right but you have to actually see what you are railing against.  Otherwise, it muddles your argument. 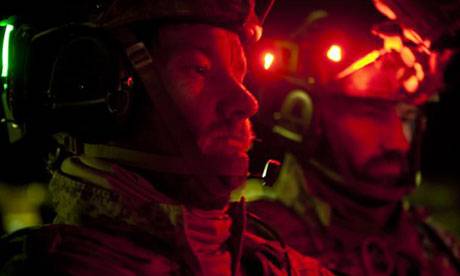 6.  Zero Dark Thirty – While supporting torture and water boarding, as a means to an end, is questionable holiday fare (I doubt Christ would’ve approved) this is still a great film.  Kathryn Bigelow has seemingly re-invented herself as the Queen of US war propaganda films, the Leni Riefenstahl for the Obama era, with this cinematic re-telling of the hunt and ultimate killing of Osama Bin Laden.  There are questions about the accuracy but again, take it as is.

7. Deadfall – With an all-star cast including Oscar winner Sissy Spacek, Kris Kristofferson, Olivia Wilde, Eric Bana, and Sons of Anarchy hottie, Charlie Hunnam, Deadfall is a nicely filmed and acted nasty piece of Noir.  The chemistry between Hunnam and TGATP favorite, Wilde (I love her dog Paco!) is sizzling and it’s interesting to see Bana cast against type as the bad guy.  While some reviews have panned it, it has all the elements that noir aficionados know and love – a two-time loser, a saucy hot girl, innocent victims, and a sociopathic villain all on a collision course to nowhere good.  I loved this sleeper and it will surely become a film noir classic.

Detroit Could Be Set In Any City Today

Tarantino’s The Hateful 8 Is A Must-See