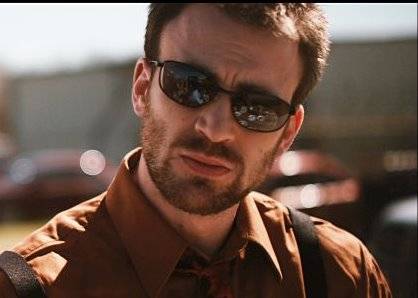 Based on the true story of mercurial young lawyer Mike Weiss, “Puncture” pissed me off…really bad!  Weiss was an extraordinarily talented young Houston lawyer and very highly functioning drug addict.  His partner, Paul Danziger was the yin to his yang, a straight-laced family man.  Combining Weiss’ genius with Danziger’s common sense, the pair were subsisting on personal-injury cases deemed too small for bigger firms until they took the case of a local ER nurse, who is pricked with an AIDS contaminated needle on the job.  As they dug deeper into the case, they uncovered an ongoing healthcare and pharmaceutical conspiracy that has deadly consequences for millions of people globally.

Chris Evans is Oscar-worthy as Weiss bringing both his mercurial personality and his debilitating addiction to startling life.  Other outstanding performances include: Mark Kassen as Weiss’ beleaguered partner, Kate Burton as a typical do nothing Senator, and Brett Cullen as the opposing big business attorney.  Vinessa Shaw is positively heartbreaking as the ailing nurse.  Michael Biehn, who was so hunky back in the early ’90s in “The Terminator” films, also appears but has aged beyond recognition!

I loved “Puncture” and it has spurred me to action on this issue.  The stats:  Every year an estimated 800,000 nurses, physicians, and other healthcare workers suffer accidental needlestick injuries in US hospitals.  More than 1,000 of them become infected with HIV/AIDS, Hepatitis B and C, and other deadly blood-borne diseases.  Worldwide, needle reuse and needlestick injuries result in an estimated 1,300,000 deaths, 23 million hepatitis infections, and 260,000 HIV/AIDS infections ANNUALLY!  Despite Clinton passing the Needlestick Safety andd Prevention Act in 2000, the GPOs (Hospital Group Purchasing Organizations) have blocked change.  In addition, the reuse of needles is the number one reason for the spread of AIDS in Africa.  This is a vital issue and there is no reason for the senseless deaths to continue due to corporate greed.  It is time that all reusable needles be taken off the market worldwide!  And further, it is time that GPOs be totally eliminated since they are corrupt and costing lives.  Physicians and nurses, rather than the GPOs, which are just pay-t0-play based purchasing agents, should be deciding which medical devices, supplies, and drugs are utilized.

To take action on this issue, check out:  www.safeneedle.org.

This Season Plus Size Girls Can SimplyBe!