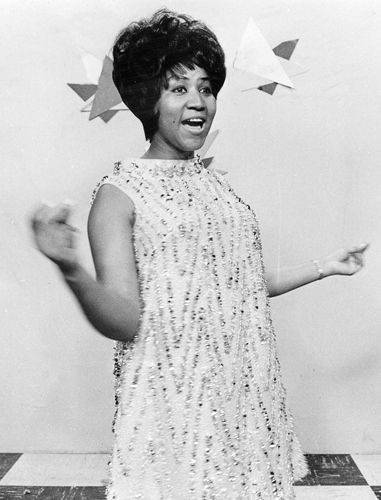 The number one thing I hate about growing older is your heroes all start to pass and your life starts to flash before you. In the past seven years, I have lost too many people. From my Mom to tons of artists I knew to now Aretha, it has been a very sad period. Just saying, “Aretha died” has me balling every time I say it.

The ascension to the heavens of Aretha Franklin feels like the loss of a family member. I ADORE Aretha! She has been a part of my Life since I was born. One of my earliest memories is my Mama and all her girlfriends sitting in our living room giggling ’bout the meaning of her blues classic “Dr Feelgood”. I listen to her religiously. When I don’t feel like anything else, I feel like some Aretha, especially the more obscure hits.

One of my favorite albums is The Delta Meets Detroit: Aretha’s Blues, that has tons of goosebump inducing moments. If you have Spotify, check it out here 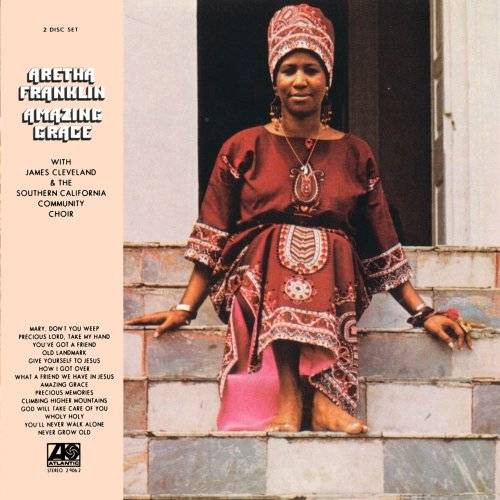 And if you need any inspiration through trying times, her gospel album “Amazing Grace” will see you through. Click here to get that. 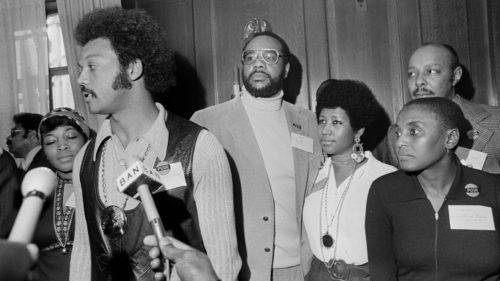 Not enough is made of the massive support that Aretha was to the civil rights movement. She was a warrior for social justice all her life. Aretha and her father, the legendary Reverend CL Franklin, were early supporters of Reverend King offering, both financial and other support. 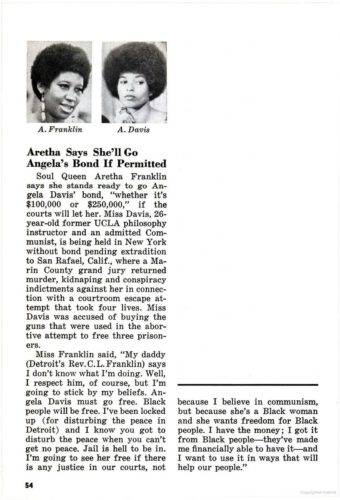 I just learned that, in 1970, Aretha offered to post bail for Angela Davis, when she was being held in connection with the George Jackson courtroom escape attempt. Davis (who was later acquitted) was being labelled a “dangerous terrorist” by Tricky Dick Nixon. So Aretha – just 28 at the time –  entered this fight for justice at great risk to her career. Aretha’s anthems “Respect” and “Think” inspired millions of women.

Aretha had a special bond with the Obamas, who she reportedly saw as the embodiment of the dream of her father and Martin Luther King. 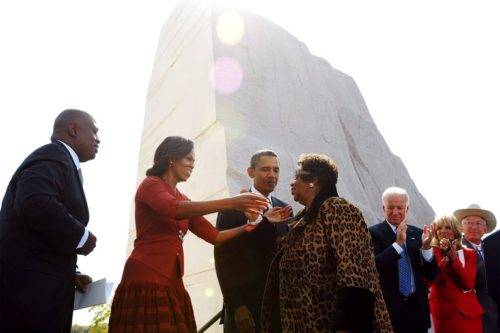 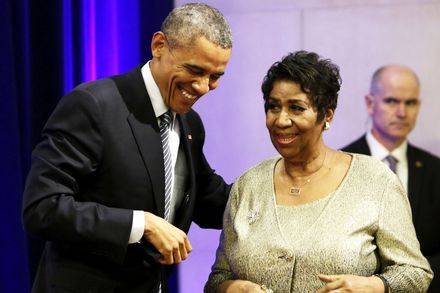 Here is one of her last performances that I found on YouTube:

I only crossed paths with Aretha once at the Grammys about 15 years ago and it was on the sidewalk. Aretha, adorned in a big white fur coat, was being led into her limo. I could only shout a “I love you, Aretha” and she smiled and waved and that was it. I wish I could have known her. I know we would have had some laughs and she would have been a great inspiration. People have sometimes said I resemble Aretha a bit, especially in the eyes. I hope so. Because it would be an honor to in any way resemble this great wonderful being. Rest In Peace, Aretha.