In the latest case of black appropriation, actress Bella Thorne has seemingly launched her makeup line, Filthy Fangs by ripping off a small black-owned, makeup company named Juvia’s Place. Her two introductory pallettes seem to be carbon copies of Juvia’s  In addition, while the Juvia’s Place originals are $25, Thorne’s copies are a whopping $60. These beauty biz no-nos have opened Thorne up to tons of derision on social media networks.

In a video posted to her Instagram Stories, Thorne had this to say about being called out: 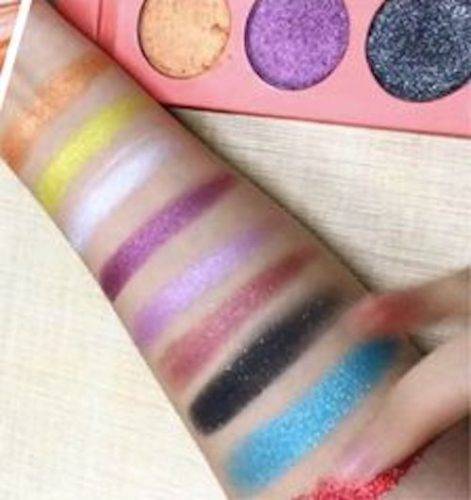 She further posted a picture that if anything only helped proves that she copied Juvia’s Place with more snarky commentary. And to top it off took to Twitter with this  diatribe: “I’m suppose to look up every pallet ever made? How dare some1 else have a purple that looks like mine;),” she wrote, later adding, “Can’t women support women 😦 sad.”

Looks like, as well as gaining a business and personal clue, Bella needs to fire her publicist. Because this behavior is embarrassing and more “bruta” than “bella”! Pissing consumers off is no way to build a successful brand, Bella. Perhaps you need to give billionaire cosmetics maven, Kylie Jenner, a call. In addition, does anyone really want to but a makeup line called Filthy Fangs?

In a case of “no weapons formed against them will ever prosper”, the one bright spot for Juvia’s Place is this nonsense has shone a spotlight on their lovely brand. I am now eager to try some of their palettes out. I am sure thousands of others are too. I reached out to the company for a comment but haven’t yet heard back. However, Chichi Eburu, the owner of Juvia’s Place, said this to Teen Vogue via email, “We’ve seen the backlash and it’s uncomfortable to watch. Yes, there are some similarities across every spectrum but we need to keep pushing forward. It’s unacceptable, seems like Bella’s team members didn’t do enough research. Hopefully, they learn from this experience and move forward shining. We wish them the very best of luck.”

#Foreo UFO Is The One Beauty Product Every Woman Should Have!

#RIPAretha The Queen Of Soul Has Ascended

Feed Fortify And Finish With Jane Iredale For Fall

Revlon Mascaras: For Every Lash Look

GET THE LOOK: Cara Delevingne at the 2017 Met Gala