With the revelation that the head of the NAACP in Spokane was a white woman “passing as black” then the racist hate crime in South Carolina (I will be posting about that later), race in America has been on everyone’s lips these past ten days. Regarding Rachel, tons of folks have weighed in, including Wendy Williams, who keeps stating that there is no problem with this. I beg to differ.

I ask this.  Would Rachel Dolezal want to be “black” if she had to actually live the racism we, actual black people and our ancestors, endure everyday?

Rachel’s formative years were spent living all the privilege of her whiteness. It is RIDICULOUS for her to now assume to know what it is to truly “be black” in America. She has made a mockery of all the good works that she has done for racial equality by doing it in Blackface. She has co-opted the good without having to live through the bad. 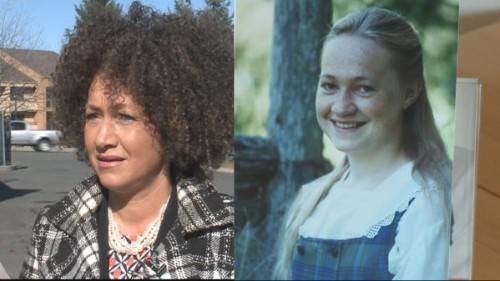 Oh sure, more educated and enlightened people know that race is a social construct and a fake marker of who people really are. However, it has been so systematically ingrained into the very fiber of American Life that even if you TRY to overlook it, you are sucked into its vortex.  Because in America and most of the world, your family’s race determines everything about how you Live – your entire Life. It is not as simple as a spray tan and donning a weave. The fact that people are overlooking in talking about this woman is this – skin color has been the determining factor in the QUALITY of Life that citizens live in America for more than five hundred years.

It is about inheritance both emotionally and financially. My great great grandparents were SLAVES and NATIVE AMERICANS!  Sure there were also some slave owners.  But, aside from a few acres of land in Virginia, my inheritance from that side of the family as for many millions of African-Americans, remains invisible and unclaimed.  My great grandparents, grandparents, and parents all road the back of the bus and endured all the other degradations of segregation. While my father made a shitload of money, he still experienced a racist glass ceiling. And while today, we claim to be in a “post-racial” society, the media and PR worlds that I work in are rife with racism.

I state all this to say, that while being black is a social construct with no basis in biological science, it is an experience that begins in childhood and shapes our whole lives, from how much money we make – black women still make about sixty cents on the dollar of a white man and the black unemployment rate is always triple the national standard – which determines where we Live, how our children are educated, our health, and everything else.  This is a cycle that effects our whole lives.  One racist act today – not hiring people of color, racistly imprisoning whole swaths of poor neighborhoods – has reverberations for future generations. 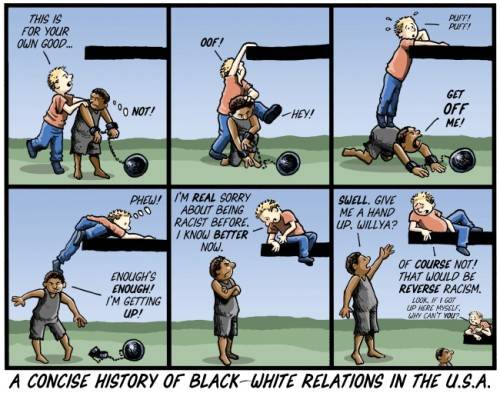 Many poor African-Americans are poor because their great granddaddy was poor, which may mean their granddaddy was poor, which may also mean their daddy was poor! Now I am not saying that this is true for ALL African-Americans. I was one of the very, very lucky ones with two college educated parents in the household, who stressed education and hard work to their kids. Despite my father growing up without his dad, he broke that cycle and stayed. My Mom taught me how to read at three, gave me violin lessons, tennis lessons, paid for college, supported me while I romped for five years through Europe and more, in the hopes I would never see the racism she did. Yet, unfortunately, I experienced it and still do on far too many occasions.  Every person of color does no matter what our social economic or educational background.

The problem I have with Rachel Dolezal is that blackness isn’t something that can be put on or taken off.  It is, because of the continuing racism in this country and the world, a daily way of Life. Rachel can stop tanning and take her weave out if she tires of the many injustices – large and small – that we, real people of color, endure. Real people of color navigate the choppy waters that come with our skin tone at school, at work, in our neighborhoods, while shopping, and even in our households, all day, every day of our lives.

The one good thing that may come from all of this is a true examination of what it really means to “be black” in this supposedly post racial world. Perhaps we can finally undo the ridiculousness of holding people down and back based on race. However, that too is gonna be a long hard fought road to travel.

#BEA and #BookCon Were A Book Lover's Dream

#SameSexMarriage Ruling Is A Victory For All Americans

TGATP On The Recent US Tragedies