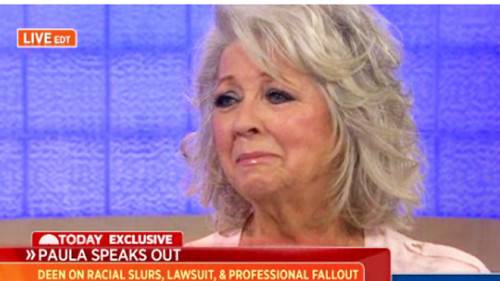 At a time when America is making amazing strides in the areas of both LGBT and Immigration rights, we alarmingly seem to be taking a step backwards when it comes to eradicating racism.

First, the hot, hot mess that is the Paula Deen debacle!  Everyone probably knows the sad saga by now.  But in case you were somehow stranded on a deserted island this past week, Paula has been fired from the Food Network and lost almost all of her other endorsement deals, due to a series of blatantly racist comments she made, some of which were videotaped. I’m sorry, all you folks defending Paula, there really is no room for the level of racist ignorance that she displayed. Videotapes speak far louder than apologies.  Just saying you are not a racist is not enough. Especially when there are multiple videos that suggest otherwise.

When the story first broke, I was doing my best not to rush to judgment.  While never calling someone a racist name, as a true Sagittarius, I have put my foot in my mouth more than once in Life.  But that was before the multiple Deen produced YouTube videos and the leaking of the NY Times video (see above), after which I just had to say “WTF, Paula?”  From calling slaves, “workers” who her great Grandpappy “had on the books” to blaming the end of slavery for that same granddad’s suicide to describing a supposed African-American friend as “black as this board.”

And the Today Show interview also did her no favors.  To try to deflect the conversation of her own bad behavior, by stating that she felt she could use the N-word because she “hears young Black people call themselves by it”, was just daft! (I object to ALL use of the N-word. In fact, I am constantly pulling up the misguided people in the African-American community that try to claim that, using it on themselves, somehow diffuses the power of the word.  If you actually see the way people are living that use the N-word as a mantra, you can see clear evidence that this isn’t true!  And don’t even get me started on White folks, like Quentin Tarantino, who think they somehow have a special pass to use it! But that is a whole other post.)

In addition, I totally disagree with John McWhorter of Columbia University’s assessment of the Deen situation in his post for Time.com.  He states that “people of Deen’s generation can neither change the past or completely escape their roots in it.”  This is blatantly not true.  We all a) have an internal compass that tells us what is truly right and what is truly wrong.  And b) every human being is constantly evolving. I, for one, am not even the same person I was last year! We are, fortunately, in no way tied to any past, not our own and certainly not our ancestors!  While we do carry our fore family’s physical and emotional DNA, every moment is a new one. And in each new moment, we can decide to create a whole new enlightened reality, irrespective of our past selves or family history.  Hopefully that moment, for Deen, is now. 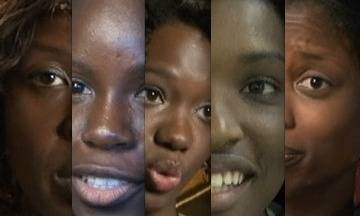 This week also brought a startlingly racist attack on African-Americans from a very unlikely source.  Upon starting the site in 2009, I turned off my cable since I was just not home enough to watch it.  But a recent rewiring of my home included a cable bundle at a less expensive price than high-speed Internet alone, so I once again became a cable subscriber.  I also confess to being a big Oprah fan.  Oprah is part of my imaginary mentor network and I sometimes make business and personal decisions by asking myself, “What would Oprah do?”  Thus OWN was, the one channel, I was the most excited about now having.  Her Super Soul Sundays are must TV and always a great start of any week.  I used to watch it online devoid of ads.  But alas, TV comes with those dreadful interruptions!  So last Sunday, as I watched her amazing interviews with both India.Arie and Marianne Williamson, I was alarmed by an advert that was in very heavy rotation for a documentary called “Dark Girls,” set to premiere that evening.

Well my concerns were well founded and I extend another “WTF” to my shero, Oprah Winfrey!  “Dark Girls” is a racist, stereotypical, derogatory look at the trials of being a dark skinned female in America.  A cinematic hate crime on ALL women of color, this awful ill-conceived doc was basically 2-hours of darker skinned Black women lamenting their plight and bashing on their lighter skinned sisters.  Except for one Asian women, who was saying she was dark skinned for an Asian and thus also espousing her views as a dark skinned sister, not one light skinned woman appeared on the screen to offer our experiences.  And where were the beautiful and accomplished “dark girls,” who were not allowing their skin color to define how they felt about themselves, of which I know many?!

Rather than an intelligent and moving film dissertation on the subject, we were barraged with all the age old misguided beliefs that are rooted in self-hate and skin hue jealousy.  As light-skinned women, we were made to feel somehow responsible for how these unhappy women have decided to experience their Lives.  One clueless participant, who was the only other light skinned woman besides the aforementioned Asian gal, even pulled out the field negro/house negro conversation claiming that the house slave had it somehow easier!  Then there were the ignorant Black men, who alternatively knocked dark skinned girls then bashed light skinned ones. All of this was concluded with a hasty supposedly uplifting, feel good message of “every Black women is beautiful” at the end.

Many of my sisterhood of bloggers were tweeting with me throughout this ridiculousness, with one saying that there was a planned sequel called “Light Girls.”  Well, I certainly hope not!  How ignorant and polarizing would that be?

I know that OWN is struggling.  But shame on you, Oprah, for kowtowing to the sensational and allowing this idiocy on your network!  How can the same woman, who brought us such life-transforming works, as Tolle’s “The New Earth” and Singer’s “The Untethered Soul,” sink so low as to portray her own people in such negative, limiting, and polarizing ways?  How could Oprah, who is a beautiful, dark skinned woman and more accomplished than 99% of the world’s population, allow this sort of lazy hand wringing and mindless finger pointing?  How can the same woman, who speaks of connecting to the Soul, broadcast a documentary dedicated to bitter people, who can’t get beyond their own skin color?

Yes, this sort of dumb shit exists.  But it didn’t merit two-hours of precious OWN screen time.  Especially because it didn’t offer any real healing solutions.  Oprah, you of all people, KNOW better!  Leave this type of ghetto mess programming (and that includes the spate of tacky chitlin’ circuit, Tyler Perry shows!) to BET!

As July 4th approaches. it is time for us, as Americans, to reignite our national pride.  We need to, once and for all, be beyond the superficial divisions of race, gender, sexual orientation and all other meaningless definitions that divide us and allow ourselves, to live up to the great promise and opportunity that our nation provides.  It’s an exciting time that requires expansive minds.  If you haven’t started yet, now would be a good time to release all the negative separations.