Entertainment, Opinion
February 27, 2017
by That Girl At the Party
0 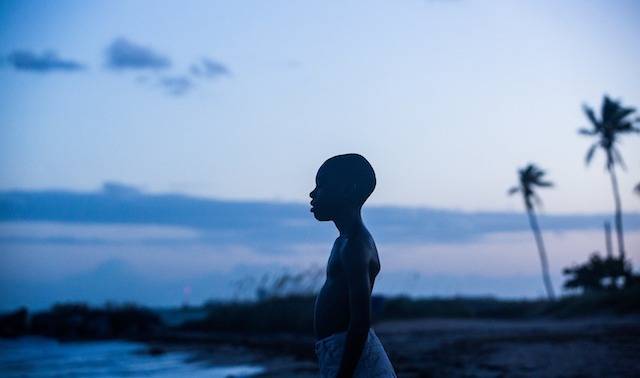 Many people are celebrating the awarding of Moonlight – only the second black film to win an Oscar for Best Film – as a victory for black filmmaking. I am not one of them. It was, in reality, another example of #OscarsSoWhite but in a different, more nuanced form. It is, yet, another example of how out of touch and fundamentally racist most supposed liberals in Hollywood are. There are numerous reasons I feel this way. First, Moonlight was simply not a better film than La La Land, Hidden Figures, Arrival, Hell Or High Water, or Lion. In fact, it was last on my list. Moonlight was a film for only a small niche audience that will be watched once. While I have already seen the others twice, there was nothing to make me want to see Moonlight ever again.

But far deeper than my personal disassociation with the film is my anger and dismay that people are missing, the not so thinly veiled message, behind this award. In a year that was supposed to be such a major departure from the #OscarsSoWhite of previous years, it was actually business as usual. Because, except for the incredible Viola Davis, the only black performances and films that were rewarded portrayed black people negatively. And even Viola Davis’ award was a slight. Viola was the best ACTRESS this year, not the best supporting actress. She was the leading actress in “Fences”. Why was she demoted to “supporting actress” status? Denzel Washington was also robbed with Casey Affleck winning for a movie that I literally fell asleep on twice. This was one of Denzel’s most magnetic performances. Oh but, Denzel didn’t play a hood or a drug dealer. Thus, the Academy robbed him of a much deserved Oscar for his incredible performance in “Fences”.

Contrary to the description of “Moonlight” by Lia Beck on Bustle, there was nothing “trailblazing” about Moonlight. For the second black film to win Best Picture to be about a poor black boy with a crackhead mama and a drug dealing mentor, who grows up to be a thug on the DL, is not a victory. While shot beautifully, the subject matter was not new. How many crack mamas have we seen black women portray? How many drug dealers have black men played? Oh sure, the filmmakers threw in one element that we haven’t seen before, the DL black man. But that is a negative stereotype too. This is all made worse by the fact that while the writer and the director both had crack head mamas in real Life, they went on to Yale and Florida State, respectively. Why couldn’t the character in the film have been shown to overcome and succeed too? Why did he have to grow up to be a grill sporting drug dealer? Because, again, perpetuating stereotypes sells in Hollywood!

Images matter. Images shape perspective. Images dictate how we are treated. These images go out all over the world and influence how people see us, as a community. I am appalled that this film is now seen as emblematic of how Black Americans live. It was embarrassing to be viewing Naomie Harris‘ Moonlight performance, as the stereotypical crackheaded mama with a mixed audience. I am equally embarrassed and disappointed that black folks are shouting “hallelujah” to someone being awarded for rehashing these tired stereotypes. This year, there was Hidden Figures, a far superior black film, that told the amazing story of black women at their very best. That the award went to a film featuring black people as crackheads, thugs and down low gay men is NOT something to be celebrated. Instead I am appalled at all these black journalists lauding this as a “win” and a “milestone”. No other community celebrates their own subjugation so naively and readily! I am equally tired of Hollywood liberals blindly patting themselves on the back while mindlessly advancing more racism. Hey Hollywood! Heres’s an idea for you to actually overcome #oscarsowhite. Greenlight, make and award films about black people that do not involve us as criminals, drug addicts, prostitutes, corrupt cops, slaves, or the help. Make more movies about the other hundreds of hidden figures. How ’bout you get on that?

In addiiton, there were other subtle racial slaps at this year’s Oscars that people seem to have missed. Ava Duvernay and Raoul Peck were both notably slighted. Ava’s film 13th, about the 13th Amendment and the way it has being used to keep black men enslaved long after the signing of the Emancipation Proclamation, was the most important and best documentary nominated this year. (Note: Tower, my personal favorite doc, was not even nominated) But what did the Academy do? The typical #oscarssowhite thing – award a film about OJ, a story of epic black failure that has been told numerous times already. The odd acceptance speech by the brother, who made the film, was just awkward. And since “Fences” was not about hoodlums or crackheads, Denzel Washington also did not receive a nod for Best Director for it. Films do not make themselves. I fail to see how a film can be nominated for Best Picture, Best Actor, and Best Supporting Actress, yet the director be overlooked. (Conversely, I do not see how a film can be said to be the best directed film, yet not win Best Picture as was the case with La La Land. But that is just more studio politics.)

To paraphrase Octavia Spencer‘s character in Hidden Figures, “Upward movement is movement for us all.” But this “victory” for “Moonlight”, isn’t upward movement at all. Rather, it is several steps backwards. For black filmmakers, who want to make films that appeal to everyone, films that do not perpetuate and advance negative stereotypes about our people; it is still going to be like swimming the rapids upstream.

Get Spring Ready Hands With Lauren B Beauty!