The 5th Annual New York Television Festival was a wonderful meeting of TV and Web TV minds!  As a TV Producer, I learned so many new things that I wished I had known four years ago when I had my a deal with USA Networks for my first show, “Hot Wheels” the original reality show about the Rollergirls.   (Interesting, that it took four years for Hollywood to finally catch on to this phenomenon with the new release of Drew Barrymore’s movie “Whip It”!) I literally went through two years of hell on the project and so much grief would’ve been saved had I attended this festival back then!  The panels covered everything developmental for TV and the Web.  Perhaps because I am a newcomer to the genre,  I found the most informative and interesting panels to be the Digital Day ones, which covered a wide range of topics on producing web television.

My favorite TV panel was a Q&A with the hilariously erudite Peter Tolan, co-creator of “Rescue Me” and Linda Wallem writer of “Cybil” and currently “Nurse Jackie”. The panel which was, at first, funny and informative turned into riotous fun when the pair broke out into their old cabaret act.  I screamed with laughter when they performed a number that imagined “Fun With Dick and Jane” as a Broadway show by Stephen Sondheim.  In addition, the MSN panel was brilliant.  It was straight and to the point as the MSN executives gave clear cut examples of the type of content they are actively seeking and greenlighting.  We, as Producers, need more panels like this so that in creating content we do not waste our time and pitch stuff to a network that they are, not at all, interested in.  Next year, it would be great to program more of these individualized pitch primers from other TV and Web entities. 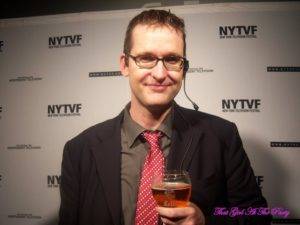 Since I create reality content, the panel I was most looking forward to attending was “Developing Unscripted Television”, which unfortunately, turned out to be the least enlightening.  The panelists basically advised the audience to align with a good agent and a good production company, like it is as easy as falling off a log!  I know from experience that this is not true.  The reality is, despite a Black President, the old boy and gal network is still very much alive and well in the TV realm.   Even with strong concepts that eventually made it to TV, I have worked with a series of lame companies from two who basically “co-op’d” ideas to two that did nothing at all!   In addition, most agents now see themselves as even more powerful than the networks and studios!  (I recently had an agent actually refuse to rep a project even though her company was representing our company, which was a real eye opener.  Agents now consider themselves an extension of the networks and studios, not reps, to the artists.)  So the average first time producer is not going to be able to “get a good agent”, or even an agent at all.  When I pushed one panelist to go a little further in telling the budding producers in attendance exactly HOW to get an agent and production company as he had suggested they do, he inanely answered that “the business is hard” and that folks should “get producer jobs”!  How realistic or useful is that advice?

At subsequent festivals,  I would love to see more REAL people on the TV panels who will tell it like it actually is, as opposed to simply suggesting that people get agents, production companies, and/or jobs.  In addition, diversity please!  All of the panels were far too homogenous!  Could’ve we have found ONE producer or relevant executive, even an up and comer, of a different hue – Black, Asian, Latino, Native American, Mixed race – in all of NY and Hollywood to sit on a TV panel?  If not, that alone stands as a scathing indictment of our industry.

A really nifty feature of the festival is that most of the seminars (oddly Tolan and Wallem’s is not archived) are available at the website (http://www.nytvf.com/) so one can re-watch them.  I highly recommend this for anyone interested in TV or Web producing.

The parties were fabulous with tons of great networking opportunities.  Sponsored by Stella Artois and Chipotle, we were well fed and well lubricated all week.  In addition, we were all given wonderful and gift bags which included one week memberships to Reebok Sports Club/NY and a set of Stella glasses at the end of the fest.

Overall, I loved this festival.  Sorta like going to a TV Producer’s summer camp, I learned a lot, made a host of new contacts, and it was very affirming and inspiring to be with my TV peers for 4 whole days!