TGATP People We Think Are Cool
September 22, 2011
by That Girl At the Party
0 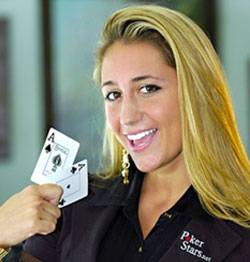 I always wear my emotions right on my face, so I have always felt that their is something mega cool about being able to bluff your way through a good hand of poker.  While the game of poker is still very much dominated by men, with 90-95% of participants in major poker tournaments being male,  more and more women have been making their mark on the game in recent years — and finding tons of success and profits along the way.  Unlike casino games, such as slots or video poker, taking a seat at a poker table for the first time can be intimidating (especially when it’s a table full of  men), which is part of the reason why relatively few women play poker.  But the success of some of the women below is helping to change that, as more women realize it’s easy enough to beat the boys at their own game. 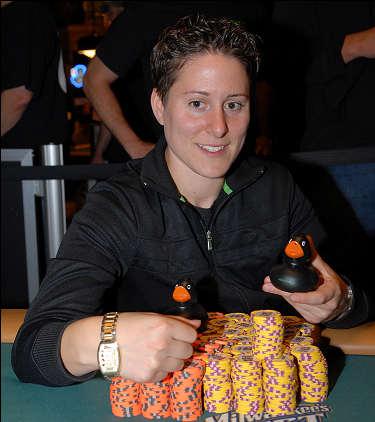 Vanessa Selbst is the most decorated of the three, with over $4 million in lifetime earnings on the tournament circuit.  She plays an abbreviated schedule, balancing the workload of being in law school at Yale with playing tournaments.  Her biggest score was winning $1.8 million at the Partouche Poker Tour Final in Cannes in 2010.  But she also has a World Series of Poker bracelet as well as back to back victories in the North American Poker Tour Mohegan Sun tournaments in 2010-2011.  One of the few openly gay poker players, she plans to practice civil rights law when she completes her degree.

Sponsored by GoDaddy and PokerStars, Vanessa Rousso (pictured above) is a bit more of your standard glamor girl.  She’s posed for numerous Magazine spreads including Sports Illustrated.  But don’t let her looks fool ya, she’s had plenty of success at the poker tables with more than $3 million in lifetime earnings!  Like many poker players, she got her start with other games, such as blackjack before making the switch to poker.  Her biggest win was for just over $700,000 at a tournament in Monte Carlo.  Rousso is married to poker pro Chad Brown and she also studied law at the University of Miami. 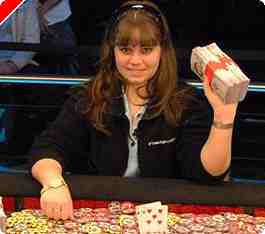 In 2007, the day before she turned 19, Annette Obrestad rocketed to poker fame when she won the World Series of Poker Europe tournament, pocketing just over $2 million and becoming an instant poker star.  A self-professed online poker junkie, she claims to have once won an online tournament without ever actually looking at her cards.  Covering up the area where they would appear with a Post-It note, she simply played by feel and intuition, never knowing what cards she actually held.

With money tight in this economy, it may be time for us all to learn a good hand of poker!

Nancy Pelosi and Jill Biden Wow At The WIE Symposium