Featured Items, TGATP Health and Wellbeing
June 14, 2016
by That Girl At the Party
0 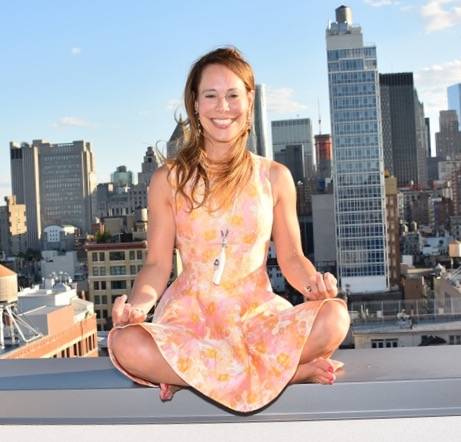 I met the wonderful Dina Kaplan back when she was the CEO of Blip.tv., the web platform for original series that eventually raised $20 million in venture equity. Her newest venture, The Path allows stressed out New York business owners and working people to take a meditative break. Dina says that mediation can help us be more productive in business in these five ways:

About Dina Kaplan and The Path

The Path, is a NYC-based meditation company founded by Dina Kaplan, formerly co-founder of Blip.tv, a successful platform for original web series which raised more than $20 million in venture capital.

Kaplan was at the heart of the New York tech scene, heading up both the networking group The Founders Club, which became a quarterly invitation-only networking event that’s a must-attend for the city’s movers and shakers, as well as the Calliope Group, an organization that gathers women founders of tech companies such as Gilt Group, Rent The Runway and Paperless Post as well as senior executives from Google, Entertainment Weekly and Conde Nast.

After seven and a half years of working 24/7 in start-up mode Dina was suffering from severe burnout and — although she hid it well — felt crippled by fear. Finally, she decided she had had enough. In early November 2011, she told her surprised family that she was going to leave the company that she had worked so hard and so long to build. She bought a one-way ticket to Indonesia and left on December 21st, 2011, the start of a year-and-a-half-long trip around the globe, studying the art of meditation.

Now, back in NYC, Dina seeks to raise global consciousness and to make people more aware of themselves and their impact on others, through The Path- a thriving community of modern meditators. On a day-to-day basis, The Path’s mission is to give people the tools to build a daily meditation practice and to provide people with a transformative experience. The Path started teaching in October 2014 and thanks to companies like The Path, meditation is fast becoming a popular tool for improving your mind for big companies such as Apple, Google, Nike, HBO and more, now promoting employee meditation at the office.

Young professionals, mindful of their careers and mental health, attend weekly meditations with The Path to hone energy, focus, creativity and compassion. A growing number of ambitious young professionals – tech geniuses and executives in every industry – are quickly discovering meditation. The Path, aimed to make meditation more accessible, is one of the leaders in the mindful movement teaching a system of mental focus meant to make successful New Yorkers even more successful.

Mindful New Yorkers have been turning to The Path not just because they know they will feel good at the end of the sit, but because they network with the other people there. Every sit is followed by a tea and chat. The Path hosts group meditations with a modern, clean and beautiful aesthetic, brings meditation to corporations and hosts group sits at special events including Sundance, SXSW and NY Fashion Week.

LASIK: What To Expect

How Yoga And Meditation Can Help Relieve Stress