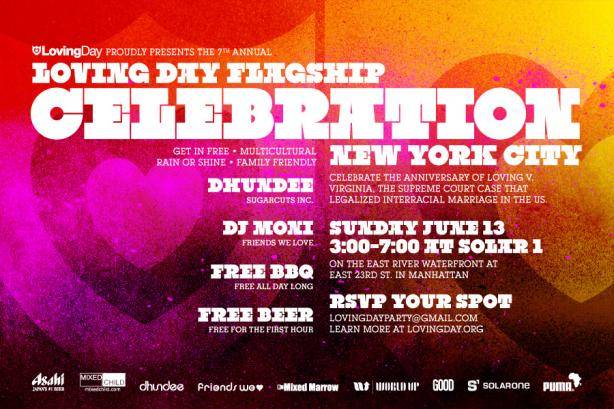 TGATP supports the work of LovingDay.org, an organization dedicated to ending racial hatred, in particular, the racism that plaques people in mixed race relationships and/or marriages and their children.  People should remember that it has only been 43 years since the US  Supreme Court ended the ban on mixed race marriages.  Hopefully, one day soon they will also do the same for gay marriages since the arguments against it are rooted in the same hateful, anti-Christian place.

On June 12th, 1967, an unassuming interracial couple from a small town in Virginia gave all Americans the freedom to get married regardless of their race. Richard and Mildred Loving didn’t want to be
famous or heroic. They just wanted to be happy, to be together with their families, and to do what they felt was right.  Their Supreme Court case, Loving v. Virginia, is a milestone in the history of our
civil rights.

There have been some major news stories related to multiethnic identity since Loving Day 2009.  On June 4th, 2009, the Pew Research Center published a report saying that nearly 1 in 7 new marriages in
the U.S. is interracial or interethnic.  In a CNN article also dated June 4th, a Senior Demographer for the Pew Research Center said “From what we can tell, this is the highest it has ever been.” According to
the study, interracial or interethnic marriages jumped to about 14.6 percent of newlyweds in 2008, up from about 6.8 percent in the 1980’s.

According to another Pew research study from February, about 85 percent of the “Millennial” generation (18- to 29-year-olds) “accept” interracial marriage.  This begs the question: does that mean that 15% of young people still don’t accept it?

In another major news story since the last Loving Day, Justice of the Peace Keith Bardwell refused to marry Beth Humphrey and Terence McKay, an interracial couple in Louisiana. Bardwell told the
Associated Press that, “There is a problem with both groups accepting a child from such a marriage…I think those children suffer and I won’t help put them through it.”

The Louisiana story made national news.  However, prejudice against multiethnic couples and individuals is often far less visible.  Sadly, we hear many stories like this through Loving Day, many of which are shared by members of the community on http://lovingday.org/couples-stories.  Clearly, racism is not dead, and there is still much work to be done.

That’s why it’s so important for us to come together as a community every year on Loving Day. There is an incredibly creative and diverse variety of Loving Day Celebrations this year, including a cruise
departing from Miami, a Twitter party, a photo exhibit in Fulton, MO, a picnic in Tempe, AZ, a film screening in Tokyo, Japan, and the annual MIxed Roots Film in Literary Festival in Los Angeles.

And people are already making plans for 2011, including a Loving Day trip to Disneyworld!

We invite you to participate in our annual Loving Day tradition this year.  Let’s come together to fight racial prejudice through education and to build multicultural community!