There’s no doubt you’ve seen them on the shelves at your local supermarket, pharmacy and even gas station for years. Energy drinks, powders, and pills have been flooding the market with claims of day-long energy without the jitters. However, if you’ve tried slamming a Red Bull before work or popping a caffeine pill halfway through the day, you know the claims of “no jitters” are false. And you probably also experienced an unwanted crash when they wore off.

As someone who feels slightly addicted to caffeine and sits at a desk all day to work, I know a thing or two about these supplements. In fact, I think I’ve tried nearly all of them. However, after months of sipping several cups of coffee (also loaded with cream and sugar) in the morning and attempting other ways to boost my energy later in the day with 5-Hour-Energy or caffeine pills, I realized none of this was working, and it was actually making me feel worse.

That’s when I started asking around for a solution. How were my friends, family, and coworkers making it through the day so easily? Well, it turns out many of them aren’t, but one coworker suggested a product she’s been using for months — FuelEZ. Normally, I would be a skeptic of claims like, “boost of natural lasting energy,” and “helps you focus,” but I had reached a dead end with other options.

Here’s an overview of my experience with FuelEZ thus far. 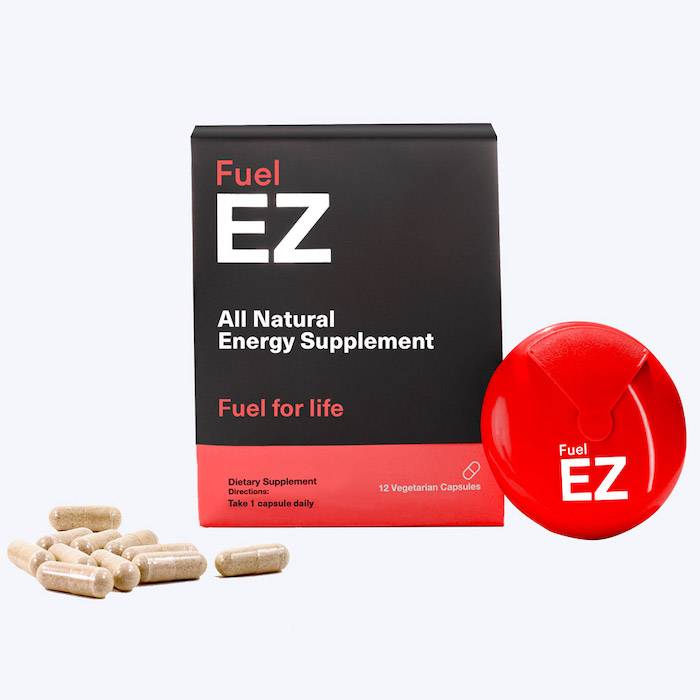 One of the most intriguing parts of the FuelEZ supplement to me is that it’s an entirely natural energy supplement. I often steered away from caffeine pills, Adderall and other supplements that felt chemically or pharmaceutical for me, so this is a major plus in my book. Instead of chemicals and artificial ingredients, FuelEZ includes green coffee bean extract, riboflavin, vitamin B12, iron, manganese, thiamin, L-tyrosine and guarana extract.

According to the FuelEZ website, the ingredients work together in a three-part process to boost energy in anxiety- and jitter-free way. First, the blend of ingredients provides the raw energy you need for a full day, then the focus blend promotes a natural, peak-performance mindstate, while the replenishment phase provides the vitamins and minerals your body and mind need to remain energized and mentally clear.

As you now know, this was not my first time trying an energy supplement. However, it was my first time with an all-natural supplement like this. The first time I tried FuelEZ, I took one capsule in the morning, expecting I would probably need another later in the day. However, I noticed the energy lasting far longer than any other supplement, and in addition to a boost of energy, I felt a higher level of concentration. It was almost an adderall-like feeling without the weird pharmaceutical jitters.

I wasn’t convinced this would happen every time, so I have taken the supplement for two weeks of workdays before writing this review. While I don’t believe the energy lasts until night time — which I am actually thankful for, so I can fall asleep soundly — it does last well into the afternoon. What makes FuelEZ different for me is that I feel much more focused and a level of mental clarity I’ve never felt with another supplement, and certainly not with just coffee or energy drinks. In fact, I just ordered a pack of 72 servings for the coming months.