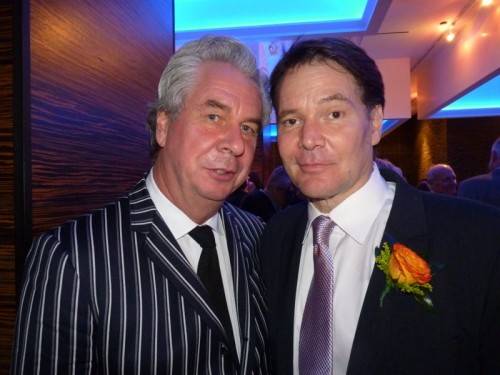 Last night, the David Parsons Dance Company held their annual Spring Gala at Espace.  (Espace is a great space marred by its too far west location and ill-mannered, over zealous security staff, which is unfortunate.) The evening began with an hor d’ouvres filled cocktail hour, followed by a performance by the troupe, dinner, and an appearance by Roberta Flack!  It was wonderful to catch up with the man of the hour, David Parsons, who I adore for his staggering choreographic talents.  And what a delight to meet the beautiful and effervescent Elena D’Amario, one of the newer company dancers!  Elena was lovely in her lil’ Black dress from Pamela Quinzi!  Also, met an ABT dancer who will be dancing “the Black Swan” at this year’s ABT Spring Gala.  Can’t wait to see her! 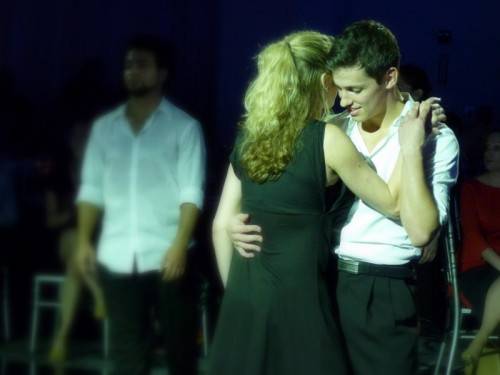 Parsons Dance creates American works of extraordinary artistry that are engaging and uplifting to audiences throughout the world.  It is the goal of Parsons Dance to make contemporary dance accessible to the widest possible audiences.  In addition to choreography and performance, Parsons Dance positively impacts children, students, and communities through student performances, lecture-demonstrations, master classes, post-show discussions and more.  Parsons Dance has a company of eleven full-time dancers and maintains a repertory of more than 70 works choreographed by David Parsons, twenty of which feature originally commissioned scores by leading composers and musicians, including Dave Matthews, Michael Gordon and Milton Nascimento. Parsons Dance has collaborated with many other leading artists, including Julie Taymor, William Ivey Long, Annie Leibovitz, Donna Karan and Alex Katz (to name a few).

Parsons Dance is committed to building new audiences for contemporary dance by creating American works of extraordinary artistry that are engaging and uplifting to audiences throughout the world. The company tours regionally, nationally and internationally.  Since 1985, Parsons Dance has toured an average of 32 weeks per year, to a total more than 235 cities, 30 countries, six continents and millions of audience members.  Many others have seen Parsons Dance on PBS, Bravo, A&E Network, and the Discovery Channel.

David Parsons Dance is the first Must-See of 2012!