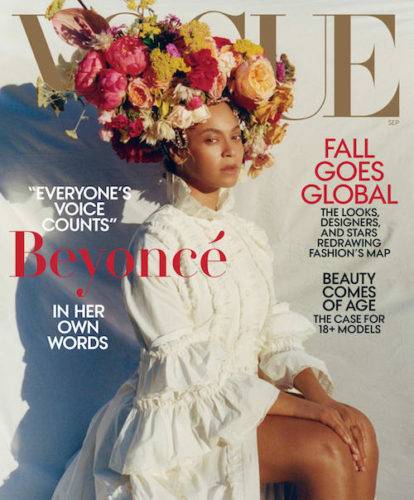 TGATP pays tribute to Beyonce and her continuing takeover of all-media and, more importantly, her dedication to the black diaspora. Thank you, Queen Bey for facilitating  the hiring of a talented young black photographer to shoot your cover. This choice broke another racist barrier. Tyler Mitchell, now has a place in history, as the first black Vogue cover photographer in the magazine’s 126 year history! “Until there is a mosaic of perspectives coming from different ethnicities behind the lens, we will continue to have a narrow approach and view of what the world actually looks like,” writes Beyoncé in an as-told-to feature with writer Clover Hope. “That is why I wanted to work with this brilliant 23-year-old photographer Tyler Mitchell.”

While only 23, Atlanta native and Tisch School of the Arts graduate, Tyler Mitchell has already been making his mark in film and photography for years. He first garnered critical attention when he self-published a book of photos capturing Cuban skate culture and architecture in 2015. He worked with multiple major brands, including American Eagle, Givenchy, Marc Jacobs and Converse, while still in college. “There was a ladder for the people who came before me, and there’s a ladder now — it’s just a new ladder,” Mitchell told Vogue. “I want to open the eyes of the kids younger than me, show them that they can do this too.” Tyler is so talented that I look forward to following his work for a long time to come. 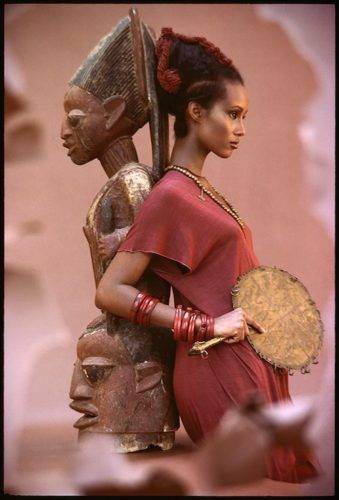 And finally, shame on Vogue for never hiring a black cover photographer before now. Not one in 126 years?? How utterly ridiculous! This revelation begs the question of how many other areas are we, people of color, still being excluded from? It was not for lack of available talent. Why didn’t anyone ever think to hire my favorite photographer, the amazing Gordon Parks, to shoot a cover? Parks, a contemporary of my other fav photog Richard Avedon, shot multiple features for Vogue. Why was he never offered a cover?  Anthony Barboza, Deb Willis and Jamal Shabazz also come to mind from that time period.

While Anna Wintour is claiming that the concept and the photographer were entirely Vogue’s choice, I don’t completely buy that. It seems pretty clear that Beyonce played a major role in the hiring of Mitchell. And will a woman of color EVER shoot a Vogue cover?  I am very fond of the work of Lubee Abubakar of Vitoria Leona of Brazil and Isabella Dias, also from Brazil but currently residing here in NYC. Vogue do better!

Green Living Tips For Traveling in An RV