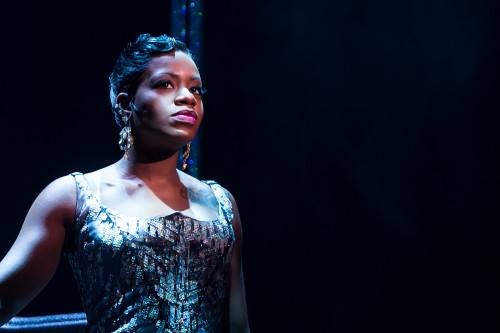 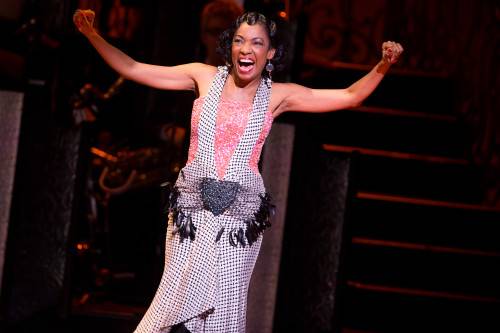 The new musical “After Midnight,”  featuring the Jazz At Lincoln Center All Stars conducted by Daryl Waters and guest stars Fantasia Barino, Dule Hill and Adriane Lenox, is a smash hit!  I have NEVER had more fun and been more thoroughly entertained at a Broadway show.  There are unforgettable vocal performances,  rousting tap numbers, jazz jams, and FANTASIA!  Making her return to Broadway after her 2009 debut in “The Color Purple,” Fantasia is in full force delivering a searing performances of “Stormy Weather” and  snappy renditions of “Zaz Zuh Zaz” and “I Can’t Give You Anything But Love.”  My body burst out in goosebumps of anticipation every time, she hit the stage.  I’m am old softie, so thinking of how amazing Fantasia’s metamorphosis from that first American Idol audition to the star power she yields now just brought a happy tear to my eye for her.  She looks stunning and sings with such command of the material even though she revealed to me that she is new to the genre.  Her favorite is Billie Holiday, who I love but find a bit of a downer, more music to weep in your cocktail to than to party with.  So I hipped her to mine – the sometimes raunchy, always amazing – Dinah Washington.  (Fantasia will be in “After Midnight” till February 9th when K.D. Lang will take over.  I love K.D too.  So it will be interesting to see what she does with this.) 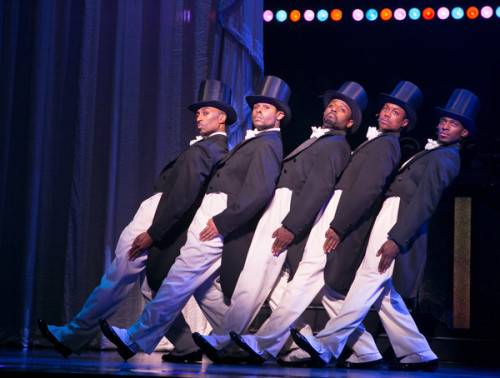 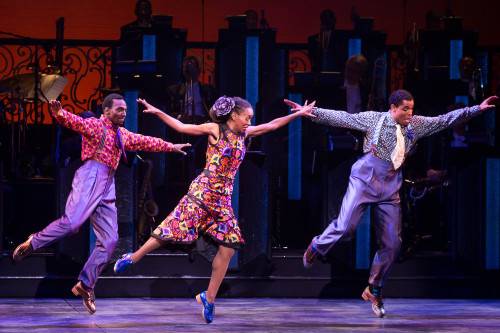 Dule Hill (“Psych” and “The West Wing”)  hosts the proceedings using the poerty of Langston Hughes to take us on an unforgettable journey through song and dance.  Other vocal standouts are Adriane Lenox, who delivers a sidesplitting version of Sippy Wallace’s “Women Be Wise” that could be applied to, not just your man, but anything that is valuable in your Life.  (I recently had a bitter Black PR Queen steal a client, so her words had particular resonance to me!) and Carmen Ruby Love performing “Creole Love Call” with a sexy twist.  Merging tap, hip hop, ballet, and modern dancers Dormeshia Sumbry-Edwards, Jared Grimes, Virgil Gadson, Julius Chisolm, and  Karine Plantadit are all riveting.  But, of course, the brightest stars of the show are the 16 musicians, who comprise the Jazz At Lincoln Center All-Stars!  This is as good, as an evening out, gets!

Ender's Game Is Intelligent Sci-Fi Fun For All Ages

In Celebration of The Power Of Glamour