TGATP Holiday Gift Giving
December 19, 2011
by That Girl At the Party
0 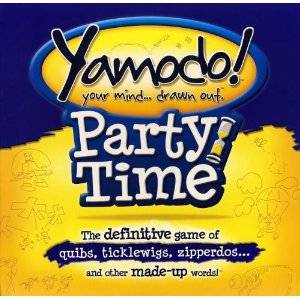 Yamodo Party Time is the hottest game of the holiday season!  A definitive game of made-up words with collaborative answers and doodles that are as silly or serious as the group who is playing,  Named Party Game of the Year from Creative Child and Dr. Toy Top 10 Game, it is the award-winning game of made-up words that will keep everyone in stitches and retails for just $24.99 at Barnes & Noble and Toys R Us stores.

Played in quick rounds, players scramble to create their “best” definition to a made-up word and theme with the hope of being picked by the judge.  Be creative, be quick, but when time runs out, the Spindoodler is spun, and the consequences only add to the fun.  Write a funny definition. Add a quick doodle, and feel free to lobby the judge on why your definition is best.  Every round has a new judge, word and theme, so you never know what your mind will draw out!

At the end of each round, everyone turns their card into the middle of the table face down and the judge collects the cards. The judge then reads each card and shows the doodling that occurred to help illustrate the definition. The judge then uses his/her judgment to choose a winner for the round. The judge may choose on any criteria he/she prefers, such as most creative definition, funniest, most like the word given, opposite, etc. The winner of the round collects the Yamodo word card.  The game concludes after someone has collected three Yamodo word cards. 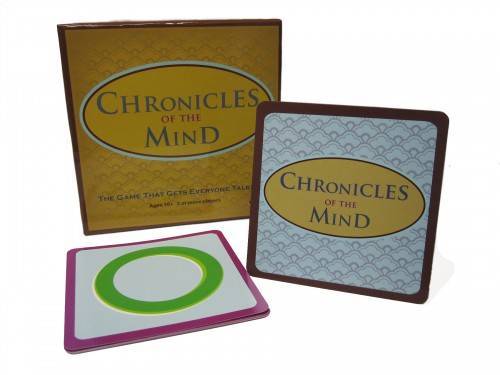 Griddly Games, the company with the “Games That Get You Going” is getting your mind going too with the release of its social, brain-teaser game: Chronicles of the Mind ($12.99 for ages 10 and up) which come complete with French, Spanish, and German translations.   This is the perfect ice-breaking game for all your party guests!

In Chronicles of the Mind, the playing group can choose from one of four different versions of the game to suit their group.  The goal is to get to know everyone better as each player reports, recounts and relates funny, inspiring, sad, true or false stories.

The playing options for Chronicles are:

Win A NuFace During the 12 Days Of Christmas!