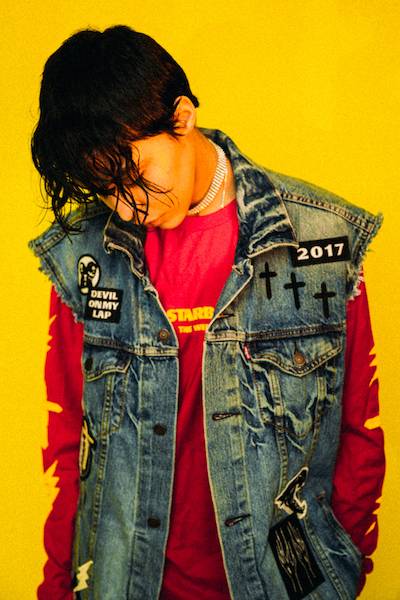 The Weeknd is planning an 8-city global pop-up collection for the release of the Starboy 2017 Capsule. The retail event will take place this Friday, May 5th through Sunday, May 7th with partners Patron of the New, New York; 424 of Fairfax, Los Angeles, CA; RSVP Gallery, Chicago, The Webster in Miami and Houston, the Nomad in Toronto, Roden Gray in Vancouver; and Rooney in Montreal.
Each store will carry the Starboy 2017 Limited Capsule Collection along with limited edition designs exclusive to that city.  Styles include t-shirts, hoodies, bombers, denim jackets, hats and more.  Here are some of the super cute styles:
About The Weekend

Starting his career anonymously, The Weeknd first broke into the music scene with the 2011 mixtape “House of Balloons” followed by studio album “Kiss Land “in 2013. His widely recognized “Beauty Behind the Madness” earned him two Grammy Awards in 2015, an RIAA triple-platinum certification for cumulative sales in excess of 3 million, 16 RIAA certifications from tracks alone with “The Hills” [7x-platinum], “Can’t Feel My Face” [5x-platinum], “Often” [2x-platinum], “In The Night” [platinum], and “Acquainted” [platinum]. “Earned It (Fifty Shades of Grey)” even garnered The Weeknd his first ever Academy Award® nomination in the category of “Best Original Song.”

Late last year, The Weeknd released his fourth full-length album “Starboy” which quickly rose to #1 in 90 countries, sold over one million albums globally and broke the global streaming record all in less than one week.

Women Of The World Fest Hits Apollo Theater This Weekend