Part Guardians of The Galaxy, part Star Wars with a bit of Blade Runner thrown in, Valerian And The City Of A Thousand Planets is a rousting space romp that is perfect for a midsummer movie outing. The leads are relative unknowns but perfectly cast. As Valerian, Dane DeHaan is affably attractive. But supermodel/actress Cara Delevingne‘s Laureline is one of the sexiest characters to ever grace a sci-fi flick! The movie is two and a half hours long, so the plot is complicated. Thus, I won’t ruin it for you by trying to explain it all. In a nutshell, hot 28th century couple Valerian and Laureline are defenders of peace, who have to save a lost world. Since the visuals are the stunning images we have come to expect from director Luc Besson, this is one of the rare times where I can’t even imagine seeing a film in 2-D and feel that 3-D viewing is a must. In 3-D, the film is so beautifully crafted and shot that, at times, y0u literally enter a brand new breathtaking world. 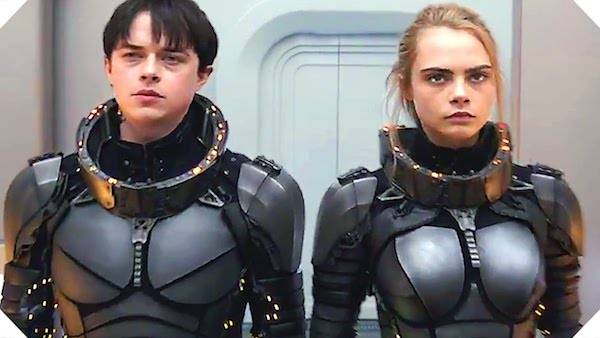 The only miss was a side plot with Rhianna that was way too long, served no cinematic purpose and took away from the action. Plus, Rhianna was too huge a star to cast alongside relative unknowns. Her sudden appearance jolted the audience out of the cinematic fantasy. There was also a line where Rhianna states she has been practicing to be a good hooker since she was 4, which totally grossed me out. That said, I loved this film and it’s an instant cult classic.

Revlon Mascaras: For Every Lash Look