On Your Screen, TGATP Art and Culture
February 4, 2011
by That Girl At the Party
0 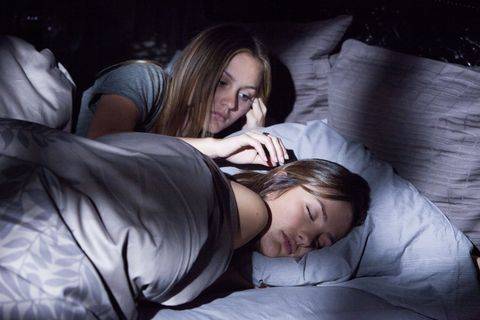 A word of advice to readers:  if a studio does not do press screenings PRIOR to the release of a film, it is usually because they do not want us to tell you how bad it sucks.  The logic is that they can get a bunch of people in on the first day thus getting at least a day’s worth of ticket money before the bad word of mouth hits.  The Roommate was one such film with the only press screening held today on the actual day of its release.

A complete cheesy, dumbed down, rip-off of the far superior 1991 Bridget Fonda/Jennifer Jason Leigh vehicle, Single White Female, The Roommate features every single cliche of the girl gone obsessed for her roommate genre!  There is the dead sister (inexplicably, the victim’s not the tormentor’s, which made ZERO sense!), the murder of an innocent animal, (this time so grisly I walked out for that bit), the dumbass people, who do not contact the police in time (I mean really, would you just let some psycho rip out your belly ring and get away wit it??), the clueless parents, the gay friend (this time a predatory lesbian), and the dyeing of hair and donning of the victim’s clothes to sleep with and murder her man (I guess vajayjay truly has no face!)

Once again a gal way past her school years was cast in the lead!  While Leighton Meister was great and realistic as a disturbed college freshman, Minka Kelly looked too old for her role.  She is a stunningly BEAUTIFUL woman, but she is clearly not in her late teens!  Cam Gigandet is the love interest and delivers the same one note goofy dude role he gave us in “Burlesque”.

The Roommate is so cliche-ridden that it is what I call an “OCO film”.  Because you spend the whole film thinking, “Oh come on!” at the implausible actions of the characters against impending danger.  It now shares a space in my heart with such other camp OCO classics such as “The Stepfather” and “Disturbia”.  (I loved the latter film, but the mother dating the serial killer was an epic OCO moment!).

To be fair, the target audience for this film is obviously teens and twenty-somethings, who will get a giggle out of it.  In addition, it does provide some truly hilarious moments.  So see it for fun but leave your brain at the door.  And if you have never seen Single White Female, definitely see it first.