This past weekend, Cooking Channel celebrated its second anniversary with an exclusive  Summer Eats Pop-up in Williamsburg.  The first of  five cities, the invite-only Summer Eats Pop-Ups will provide complimentary, custom menus of food and beverages inspired by summer favorites and local dishes in each city.  Appearances by network hosts G. Garvin (Roadtrip with G. Garvin), Eden Grinshpan (Eden Eats) and Baron Ambrosia (The Culinary Adventures of Baron Ambrosia) round out the fun-filled celebrations allowing fans to get a real taste of the Cooking Channel brand.  “Cooking Channel wanted to (again) celebrate our birthday with our fans, and the Summer Eats pop-ups allow us the perfect opportunity,” says President of Food Network and Cooking Channel, Brooke Johnson.  “We can offer fans the chance to meet some of our beloved hosts, sample complimentary, delicious food and celebrate not only our second birthday but the summer season as well,” adds Johnson. 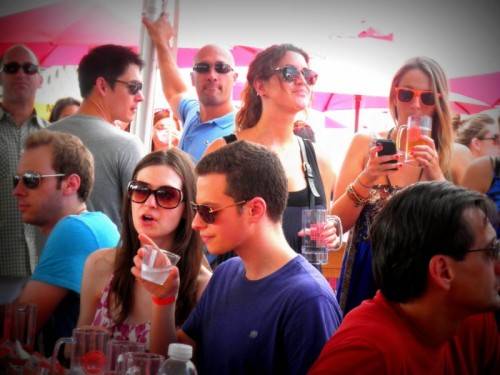 “Finding ways to bring Cooking Channel to the fans, allowing them to experience a little of what they have come to love about our network on-air was such a successful tour last summer, we really see this birthday as a celebration of both our programming and our audience,” says Michael Smith, GM/SVP Cooking Channel. “Pop-ups are ideally Cooking Channel, as is throwing a locally inspired fete; we look forward to summer-fun with all our fans.” 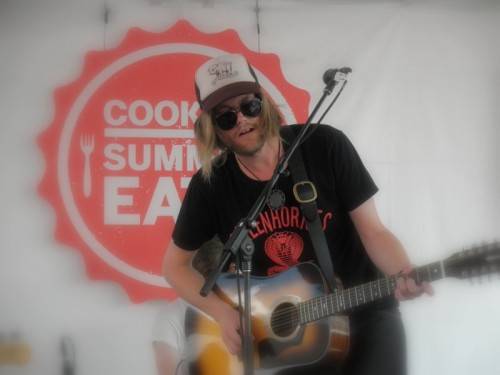 The NYC menu included Baron Ambrosia’s take on lobster rolls, buffalo wings, pulled pork sliders, squash quesadillas, and red velvet cupcakes      with beverages provided by Brooklyn Brewery and tea and lemonade for us sober folk!  I ate a LOT!  Guests were treated to an acoustic set from  Alberta Cross.  The singer channels Neil Young performing songs that evoke that great 80’s Aussie band, The Church.  I’m looking forward to checking their electric set out at the Bowery Ballroom in September.

Summer Eats is traveling to Philadelphia, Atlanta, Venice Beach (would love to be at that one) and Chicago this summer.  So check out the Cooking Channel facebook page to get the full schedule and follow the Cooking Channel on Twitter to get an invite:  @cookingchannel.

Be A Beauty Patriot With These Products from Clarins and Thierry Mugler!

4th of July Wine and Food Pairings from BevMo!