Dispatches From The Occupation, Opinion
June 7, 2020
by That Girl At the Party
0

George Floyd, Breonna Taylor, Ahmaud Abery – these are just the latest three names in the litany of Black people that have been murdered by the police. I am so happy to see a rainbow of people at most of the protests. It is wonderful that it is no longer just us, black folks, demanding that crazed cops stop killing us. It gives me hope.

However, these deaths are just the tip of the iceberg and we don’t just need police reform, we need top-to-bottom societal reform. It is time that there be equality in every area from our workplaces to healthcare to housing to business opportunities and access to capital. It is time that white Americans recognize their implicit racism and fix it. Because we, as black people, can’t.  This is your 401-year mess, not ours.

The industry I am currently in is a cesspool of racism with PR agencies and event planners regularly treating editors, bloggers, and influencers of color badly or outright excluding us. As an influencer of 11 years, I have been the victim of so much racism in dealing with these people that I wish I had been filming or recording these incidents. If I had filmed the dozens of racist incidents that I have had to endure, most of these agencies would lose all their clients or exhibitors. I have been excluded, lied about, cyberbullied, invited then denied entry, and more. I have repeatedly and falsely been called a “crasher” despite the fact that I have been covering these agencies’ clients for 11 years now – 9 and a half years on my site and for the last year and a half in my magazine and the site. There are literally hundreds of pages of content across two outlets. I have also offered these agencies other content ideas for their clients, including branded webisodes. I have even sent potential clients their way, many of whom have signed with them. Yet, I am still being racistly mistreated by many of these people.

So what are my alleged crimes? A) I am a strong confident black woman and independent Founder/Editor-In-Chief, who demands to be treated with the same respect afforded my white colleagues, many of whom have far less reach and experience. (Thus, I am the proverbial uppity Negro!)  And b) I am also woke, so I can see when racism is being displayed and I will call you out on it. That’s it.

When you compare my site and magazine to those of the white NYC micro-influencers that a lot of these agencies and/or planners re courting and inviting to their events, there is simply no other conclusion to draw but racism. And I suspect if the people, who perpetrated these racist acts on me really thought about it and were truthful to themselves, they would have to admit it. It has been gut-wrenching, painful, soul-destroying and inexplicable. It has been impossible to explain to my white counterparts, who see it, but don’t care. My black counterparts see and live it too and we talk about it amongst us. But they are too afraid to call it out for fear they will lose the teeny crumbs that are sent their way. I was, in fact, hesitant to address this even here. But I owe it to both myself and to the other influencers of color. I could no longer stay silent about this blatant racism in my industry, particularly while watching these same agencies and individuals hop on the Black Lives Matter bandwagon via IG. 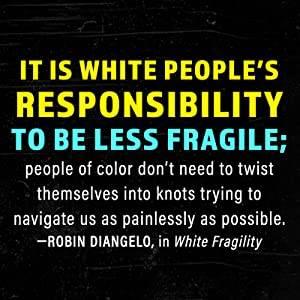 I have had many friends mistakenly think that this is about getting free stuff, which it isn’t. I have plenty of stuff. In fact, I have too much stuff and am downsizing. It’s about how you are made to live a totally different Life in the exact same industry when you are Black. It is about the soul-crushing pain of knowing that it is solely the color of your skin that is causing you to be treated differently than your white counterparts. It’s about having to hear about most events from a white woman with no real following, whose site was a hot mess till helped her vastly improve it! It is about knowing that, if you were white, you would be treated with dignity and respect. It is about knowing you are doing 100x more than your white colleagues and still being treated badly. It is about having people lie about you and exclude you because your black confidence is a threat. It’s about knowing that if you were a white woman, with the same educational background and creating the same content, you would be treated with proper respect.

It’s about being black and being denied entry to an event you were invited to then lied to and told it is “at capacity” while PR interns write white people’s names down that weren’t even on the list and wave them in. It’s about white PR women getting an attempted smear email from a hater with a picture of a dark-skinned black woman, that is clearly not you, and having them believe it and racistly claim you can’t come to an event because you have a “police record.” It’s about dressing in a suit while your white colleagues are in flip flops and ripped cutoffs and still being racistly disrespected at a Microsoft Surface launch. It’s about getting brands to sign on to be members of the Accessories Council and being the only one to write about their events every time, yet still, having the director treat you shitty. It’s about busting your ass to create content for the agencies’ clients for years, then watching people that are actual crashers being elevated and treated better than you, solely because they are white.  It’s about even having to write this post! I could go on and on. It has been a lot of unnecessary extra and a constant stream of racist acts. One associate opined that she didn’t even know I am black and that I look more Hispanic. Well, that would make the racism even worse. Because if there are few black people being included in PR campaigns, there are almost zero Hispanics actively or properly engaged by this industry. So no, it is not the “stuff”.  All I want is to be treated with the proper professionalism and respect that my white colleagues receive. 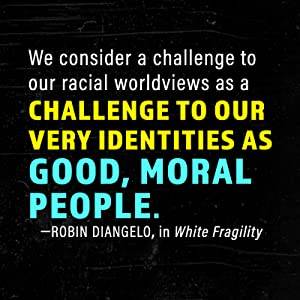 I can only hope that now that these owners of major PR agencies  and event planners have jumped on the Black Lives Matter bandwagon, they will recognize their own need to do better. I hope that in the words of Malcolm X, this newfound call from these companies will not return to a “Southern wolf, Northern fox” scenario whereby they go back to their racist ways once the protests stop. Because black lives matter, not just when we are murdered by the police. They matter while we are still alive too. They matter in your offices and in your neighborhoods and in your business dealings. We need you to not just march because you saw a video. We need you to address what you put us through on a daily level. Because we are not living 24-7 on video.

I know. Self-examination and discovery of your own racism makes you uncomfortable. You squirm about trying to escape your ugly Truth. And I have heard all of your stock laments including “I can’t be a racist, I have a black boyfriend and/or friend.” and “But, I love Oprah and voted for Obama both times.” But this has to be addressed. Because there are far too many racist micro-aggressions that black people in every industry have to contend with from white people – many of whom think they are not racist and claim to support our causes. And while not killing us immediately, this thinly veiled racism is slowly killing our spirits. Many of the same people marching and slinging hashtags for George Floyd would be the same people clutching their bags a bit closer if he walked up behind them on the street when he was alive. Had Breonna Taylor lived in NYC and been an Editor/Influencer, many of these same PR people hashtagging #BlackOutTuesday would racistly exclude her from their lists and events. You need to look around your executive offices and review your pitch and event lists and ask yourself, why aren’t there more Black people and other people of color present?

In the words of Reverend Al Sharpton at Mr. Floyd’s Minnesota memorial service, it is time that white Americans “take their knees off our necks” in every area, including the workplace and business. We are not asking for anything extra. We just need to be treated with the same respect and regard you afford your white colleagues and neighbors. Andre Perry, the author of Know Your Price: Valuing Black Lives and Property in America’s Black Cities accurately stated, “The same racist energy that permeates the police departments is rampant in every aspect of our lives, especially our workplaces.” We need you to stop contributing to the racist energy that ends up killing us emotionally, spiritually and in the worst cases, physically. It’s exhausting, extra and unnecessary. And it is also bad for business.

So to Alison, Ronn and Karen to name a few, Black Lives Matter is not about placing a black square and a hashtag on your company IG or even marching in a protest. It is about recognizing your part in the systematic racism and oppression of black people and all people of color. It is about eradicating your own racist business practices and tendencies. It is about educating yourselves. Because until you do, there will be no real justice or peace for any of us. Time’s out.

The Most Effective Ways To Treat Acne and Maskne