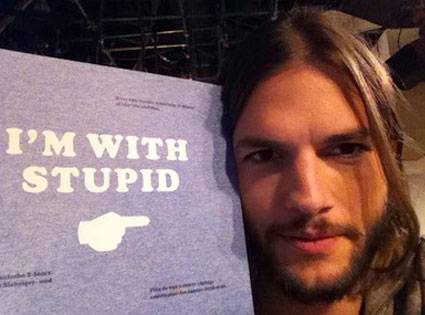 This week saw the news wires aflame with one of the sickest stories I have ever heard!  I am incredulous that a man who has admitted to showering with young boys and was caught by, not one but two eyewitnesses molesting these same boys, is not already in prison.  And what was the crazy outrage over the firing of Coach Paterno, who enabled this pedophile for 15 years?  All of these folks need to not only be fired but be locked up!  And the salacious way in which the Media has reported this story is dreadful.  The Bob Costas interview with the monstrous Sandusky literally made my skin crawl, particularly his statements that he “enjoys young people” and “likes having them round”!  EWWWW.  His attorney must hate him, as much as the rest of the world, to have allowed him to do these creepy interviews.  They screamed unrepentant monster!

I also don’t buy the story of Penn State Assistant Coach Mike McQueary, who discovered San-sicko-sky raping a boy in the shower, then did very little to make sure he was brought to justice.  McQueary’s claims that he went to the police only came after everyone started holding him responsible for not doing enough.   If he went to Penn State officials then went to the police, why was this sicko still able to molest children for almost 10 more years.  If the officials and the police refused to do anything, McQueary should have taken further action.  He could have, for example,  gone to the press.  I think a more likely picture is that the school talked him out of doing the right thing for the sake of their treasured football team.   Thus, McQueary also bares responsibility in the molestations of these poor boys.  Especially the ones that were raped in the nine years, AFTER he witnessed Sandusky’s assault.  And ditto for janitor Jim Calhoun, who was witness number 2, and Ronald Petrosky the colleague he told about it way back in 2000!  Who knows how many kids could have been saved had these two gone to the police!  And then we have the parents who also seemed to turn a blind eye.  What kind of nonsense is it that these children were allowed to board with and accept all manner of very expensive gifts – computers, golf clubs, etc.-  from this man?!  Finally we have Judge Leslie Dutchcot allowing this freak to be out on the streets possibly because he was head of a charity that donated money to her campaign!  I hope that she realizes that she will also bear responsibility if he strikes again before he is properly locked up.  Honestly, does anyone have children’s best interest at heart nowadays?  These people are all vile.  This case has already helped reveal another case in Syracuse and I am sure there will be many more exposed in the coming months.  To avoid these horrible webs of protection for child molesters, EVERY SINGLE PERSON from San-sicko-sky to the witnesses to the school officials to the parents, who knew or suspected, ALL NEED TO DO PRISON TIME!  PERIOD!

On a lighter, but sad note, Demi has kicked her boy-toy hubby, Ashton to the curb.  This is sad news for us Cougars everywhere, who looked to the Demi/Ashton relationship as a model for success.  After centuries of old men marrying virtually nubile girls, here was an example of a Woman flipping convention on its head.  These two were one of my favorite couples as they seemed fun, hip, and totally gone for each other.  And you simply cannot find a more gorgeous pair.  With their Twitter feeds they allowed us all into their world and even responded on occasion to TGATP tweets.  Just one big happy and hip family with even the ex-husband giving his approval.  For all concerned, I am very sorry to see this break-up.  Especially because I know that Ashton will seriously regret losing Ms. Moore due to his inability to keep his willy in his pants.  A zillion nights with a zillion bimbo fans will never be as interesting as a fulfilling relationship with a fascinating woman.  Demi is a total hot package – a smart experienced woman with the body of a 21-year old.  Ashton, you f*$ked up royally losing her!

And WTH was he thinking?  EVERYONE knows that no famous man can cheat on his woman without the whole world finding out about it.  These girls are just lying in wait for idiots like him.  Hell, they have agents and deals set before these stars even MEET them, let alone do the business with ’em!  I know firsthand.  When I was younger and living in London, I was approached by a particularly salacious UK paper via a extraordinarily sleazy reporter.  They wanted me to seduce a certain young star, who was dating an even bigger older one, and then give them the story.  They offered to buy the outfit, send the car, make sure I was close to their star target, and pay me a sack of cash.  I was supposed to sleep with him then tell all making sure to say that he claimed I was better than his older celebrity paramour.  I had far too much integrity and was madly in Love with a Scotsman.  So I refused and that couple broke up naturally over time without press interference.  However, these deals go on all the time.  Especially if there is a whiff of the possibility that the guy is stupid and weak!  In addition, I feel for Demi because I also know, first hand, that as we get older we become less patience and tolerant with male stupidity.  This will make the search for a new guy that much harder for her.  I really wish they had found some way to work it all out.  But kudos to Demi for not putting up with his cheating ish!  Once a hottie, Ashton is a nottie in this space.

And finally, I was appalled by all the racism and hatred directed at the talented young rapper, Astro on this week’s X-Factor boards.  Astro, short for the appropriately coined “The Astronomical Kid”, was naturally disappointed to be in the bottom 2.  Especially because he didn’t belong there!  And as 14-year olds sometimes do, he acted like a brat about it.  However, the ugliness that ensued in viewer comments was scary and revealed an underlying nastiness and lingering racism that was just unfortunate.  I am personally rooting for Astro, who of all the contestants has the most potential and the biggest amount of “x-factor”.  I would, however advise his mentor LA Reid to work with his Mom to help him distinguish between hip-hop swagger and downright arrogance.  Because he will shoot himself in the foot and ruin his career if the audience turns against him.  I would really hate for Astro to turn into just another reality show casualty due to bad handling.

Get Your Jewels Holiday Ready with Sparkle Bright