Entertainment, Headline
December 1, 2021
by That Girl At the Party
0 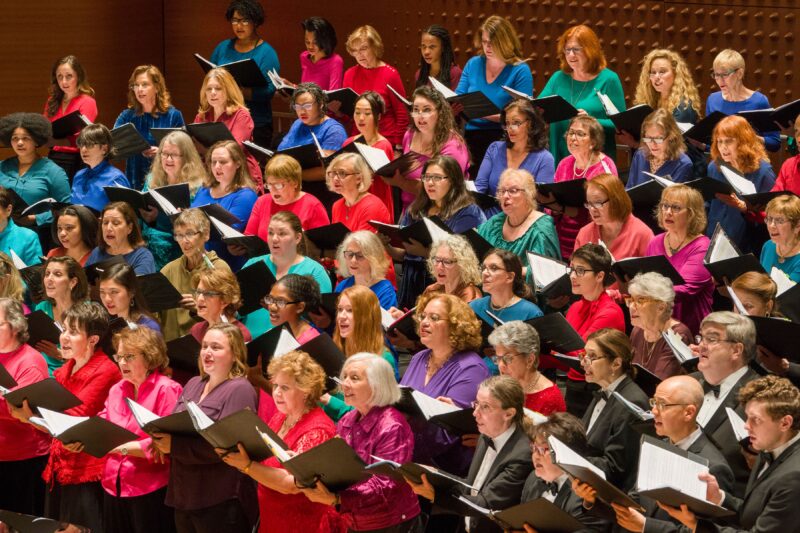 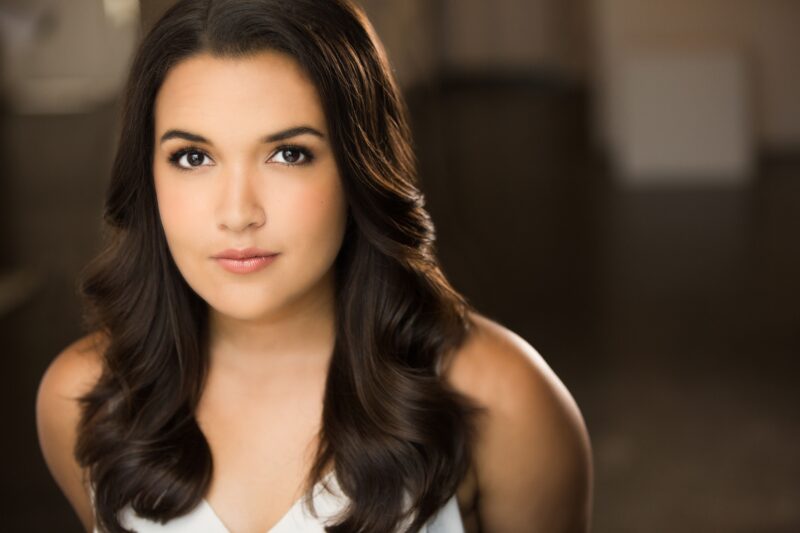 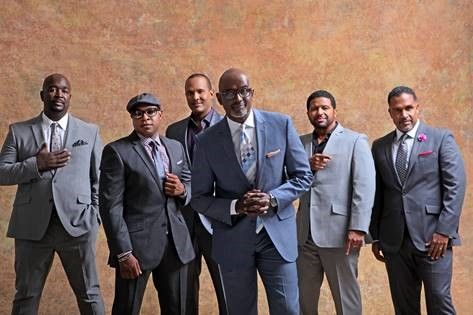 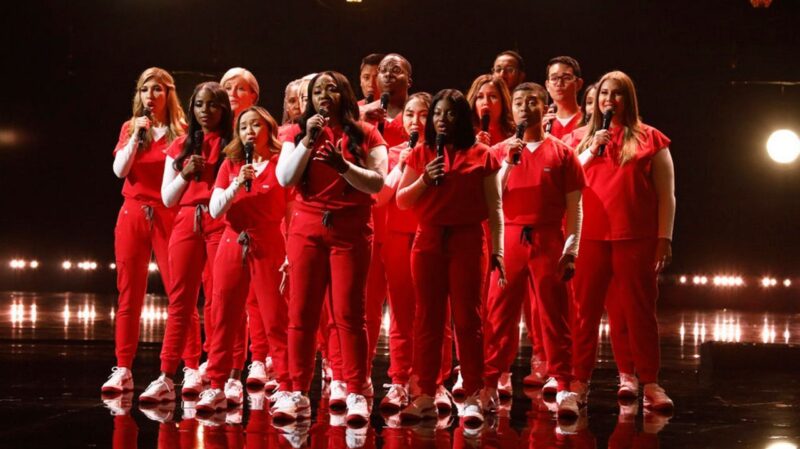 After a long hiatus due to Covid_19, MasterVoices begins its 2021-22 season on Monday, December 6th at Carnegie Hall with A Joyful Noise, an occasion to celebrate a return to performing before an audience after a two-year absence, featuring music to mark the holiday season, as well as, the perseverance of the human spirit.

Joining in this first concert of MasterVoices’ 80th anniversary season are rising Canadian soprano Mikaela Bennett, the Northwell Health Nurse Choir and 10-time Grammy Award-winning a capella group, Take 6. MasterVoices will provide free tickets to a few hundred essential and frontline workers to this concert to thank them for their personal sacrifices during the Covid-19 pandemic.

Musical selections, sacred and secular, will include works by Randall Thompson and Adam Guettel that MasterVoices performed virtually last season and will sing together in person for the first time. Take 6, heard last season with MasterVoices in the online premiere of Adam Guettel’s song cycle, Myths and Hymns, perform their unique arrangements both on their own and with MasterVoices joining, including If We Ever Needed the Lord Before (We Sure Do Need Him Now) by Thomas A. Dorsey, “the father of gospel music.”

A pillar of the program is Bernstein’s Chichester Psalms, which uses the text “A Joyful Noise,” from the opening of Psalm 100. It features Mikaela Bennett, who sang the role of Mary Wintergreen in MasterVoices’ 2019 concert production of Gershwin’s Let ‘Em Eat Cake as well as joining MasterVoices in a performance of Handel’s Israel in Egypt in 2018. The evening ends on a majestic note with the traditional carol, Hark, the Herald Angels Sing with the soloists joining forces with the full ensemble.

The program also features the Northwell Health Nurse Choir, which began its journey in 2020 when nurses from different Northwell hospitals in New York gathered virtually to support the Nurse Heroes initiative. In June 2021, the Choir appeared on America’s Got Talent and its captivating performance resulted in a Top 10 spot in the TV show’s season finale.

Thomas A. Dorsey (arr. Mervyn Warren): If We Ever Needed the Lord Before (We Sure Do Need Him Now)

Tickets: Starting at $30, may be purchased online at carnegiehall.org, by calling CarnegieCharge at 212.247.7800 or in-person at Carnegie Hall’s box office at 57th and Seventh Avenue. Ticket holders need to comply with the venue’s health and safety requirements, which can be found here.

MasterVoices (formerly The Collegiate Chorale) was founded in 1941 by legendary American choral conductor Robert Shaw. Under the artistic direction of Tony Award-winner Ted Sperling since 2013, the group is known for its versatility and a repertoire that ranges from choral masterpieces and operas in concert to operettas and musical theater. Season concerts feature their volunteer chorus of 100+ members from all walks of life, alongside an inclusive roster of world-class soloists from across the musical spectrum, including Julia Bullock, Dove Cameron, Anthony Roth Costanzo, Renée Fleming, John Holiday, Jennifer Holliday, Norm Lewis, and Kelli O’Hara. Under Sperling’s direction the group has created cross–disciplinary collaborations with such diverse creative minds as Vogue Editor-at-Large Hamish Bowles, fashion designer Zac Posen, Silk Road visual artist Kevork Mourad, illustrator Manik Choksi, stage designer Doug Fitch, and choreographers Doug Varone and Andrew Palermo. Roger Rees was the group’s Artistic Associate from 2003–2015, and in 2021 the group received a Drama League Award nomination for their multi-genre digital concert production, Myths and Hymns.

The group continues to specialize in highly theatrical performances of rarely-heard works such as the 2018-19 season’s Lady in the Dark by Kurt Weill and Ira Gershwin, Victor Herbert’s Babes in Toyland, Scott Joplin’s Treemonisha, and Tchaikovsky’s Maid of Orleans. They also commission and premiere new works; recent commissions include works by Ricky Ian Gordon, Marisa Michelson, Tariq Al-Sabir, and Randall Eng.

As the country’s first interracial and interfaith chorus, the group performed at the opening of the United Nations and has sung and recorded under the batons of esteemed conductors including Serge Koussevitzky, Arturo Toscanini, and Leonard Bernstein, among others. It has been engaged by top-tier orchestras, including the New York Philharmonic and the Israel Philharmonic, and has appeared at the Verbier and Salzburg Festivals.

With MasterVoices, Maestro Sperling has led acclaimed productions of rarely-heard gems as both director and conductor. These include Kurt Weill’s The Firebrand of Florence, Knickerbocker Holiday, The Road of Promise (based on The Eternal Road and subsequently recorded on Navona Records), and the 2018-19 season’s sold–out three–performance run of Lady in the Dark at New York City Center. Other notable productions with the group include Carnegie Hall performances of George and Ira Gershwins’ satirical musicals Of Thee I Sing and Let ‘Em Eat Cake, a reconstruction of Victor Herbert’s Babes in Toyland, and his Song of Norway; the New York City premieres of David Lang’s battle hymns at the Intrepid Sea, Air and Space Museum; and Ricky Ian Gordon’s operas The Grapes of Wrath at Carnegie Hall and 27 at New York City Center.

During the pandemic season of 2020-2021, Maestro Sperling spearheaded a filmed production of Adam Guettel’s Myths and Hymns for MasterVoices, producing and music directing 24 short musical films and directing roughly half of them. This project was nominated for a Drama League Award, and featured over 100 artists collaborating remotely, including Renée Fleming, Take 6, Jennifer Holliday and Julia Bullock. Now that live performances are back, Maestro Sperling is supervising national and international productions of My Fair Lady, The King and I, and Fiddler on the Roof. He has symphonic engagements in the US and Europe and continues to teach at NYU, conducting three different orchestras and training the next generation of Broadway musicians and conductors.

Sperling has conducted multiple concerts for PBS’s Live From Lincoln Center, the American Songbook Series at Lincoln Center, and the Lyrics and Lyricists series at the 92nd Street Y. He conducted Audra McDonald in a double bill of La Voix Humaine and the world premiere of Send: Who Are You? I Love You? at the Houston Grand Opera. He won the 2005 Tony and Drama Desk Awards for his orchestrations of Adam Guettel’s The Light in the Piazza, for which he was also Music Director.

How To Host An Entertaining Online Party

Have A Happy Happy Thanksgiving!

Southampton Inn Is An Idyllic Getaway