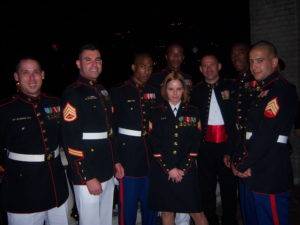 I have always been one to fully support my troops as my father fought in WWII, two of my uncles are Tuskegee Airmen, and my cousin was a Marine in ‘Nam.  Besides there is just something totally hot about military men!  They just seem to have a manlier vibe than the Emo type American guys that are the vogue right now.  Thus it was a great honor to attend the annual Marine Corps Mess Night. This year’s dinner was held to benefit the Marine Corps Scholarship Foundation, which provides college funds to the children of Marines, especially those who have lost a parent to war or terrorist attacks.  To date, the foundation has provided more than $40 million dollars in academic support.  In addition, proceeds were also donated to The National Foundation for Facial Reconstruction. This year’s honorees were:  NY Police Officer Susan Porcello, The Strassburger Family, and Comedian Scott Kennedy for their undying support of our troops. 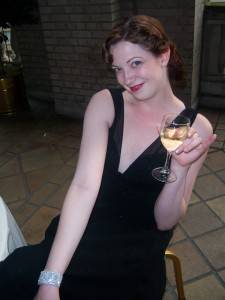 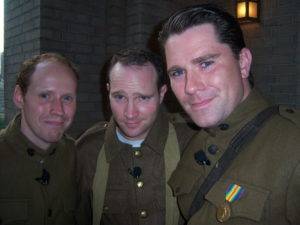 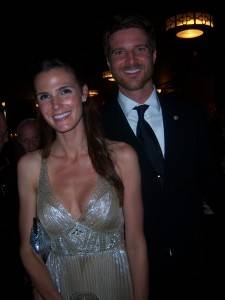 This event is steeped in tradition and dating all the way back to 16th century England!  When the Marine Corps were formed in the US on November 10, 1775, they brought the tradition of the Mess Night with them.  Today’s dinners closely follow the rituals of the earlier ones providing soldiers and their civilian guests an opportunity to honor and celebrate their comrades and victories through a series of remembrances and toasts. 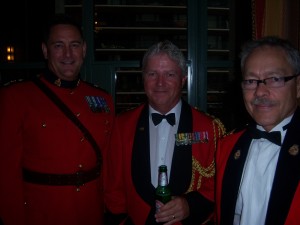 The sparkling evening began with a cocktail reception and moved into the dinner, or “mess”, itself.  This year’s menu was a recreation of the 1920 Mess Night held by the 9th Scottish Division at Odeninos’s Imperial Restaurant on London’s Regent Street, which was attended by Winston Churchill!  It featured five courses including Poule au Pot Alexandra, a small pastry tartlet named after Alexandra of Denmark, who was the Queen during the reign of Edward VII.  Also on the menu was Culotte de Boeuf Imperial –  a tenderloin of beef, split open, and rubbed with garleic and sprinkled with a “coffee of Herbes de Provence” and Poularde rotie Cocotte a la Mascotte – roasted chicken with a sauce of artichoke hearts sauteed in butter with small potatoes cut in the shape of olives and cooked with butter and truffles!  Dinner was a riotous time with penalties and fines levied out to those who broke the Rules of the Mess.  The rules are set up, with a sliding scale of fines, against such infractions as:  placing ones elbows on the table, swearing, passing the wine the wrong way, refusing a course, or asking for seconds. 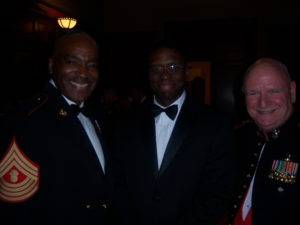 There were two hosts for the evening:  The President and the Mister Vice (the event’s Vice President.)  These two served as the Masters of Ceremonies and led the guests through the toasts and festivities.  Hilariously, they wandered about the room and pulled people from their seats who were not following proper protocol and meted out the fines and/or punishments all to raise money for the chosen charity of the year.  (I was just sure that I was going to leave owing thousands in fines as there are so many rules.  But luckily I was spared!) Another really hysterical tradition was the “parading of the beef”.  A large slab of beef was presented to the President who sampled it, found it acceptable to his palate, and thus declared it “fit for human consumption.” 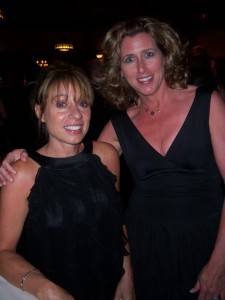 I had the great honor of dining with two young Marines, Angel and Lindsay who were a great blast.   Should you ever have the chance to attend a Marine Mess Night definitely do!  It is a rollicking mix of great company with hot guys in uniform, a delicious five-course dinner, oodles of cocktails, and barrels of laughs!  OOH-RAH!

For further information about how you can donate and be part of Mess Night 2010, please visit http://www.nycmcc.org 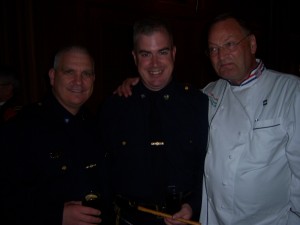 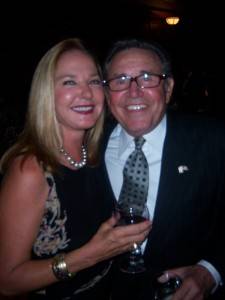