Entertainment, Featured Items
January 29, 2018
by That Girl At the Party
0

In anticipation of last night’s  GRAMMY‘s ceremony, on Saturday, January 27th, Bulova honored superstar,
Nile Rodgers with the “Tune Of Time” gala brunch at Cipriani’s. Tastemakers, musicians, producers, and industry vets mingled during a one-hour cocktail party before being seated to a delicious 3-course meal.

Lunch was followed by a Q&A with Nile conducted by GRAMMY Museum Executive Director Scott Goldman. When asked about his gift for collaborating with other artists, Rodgers — who has produced for legends like Diana Ross, Mick Jagger, Madonna, and many more, offered a simple answer: “I’m not afraid to fail, and I have total respect for the artist I work with,” Rodgers said. He also dubbed Chic “the Grateful Dead of Funk” but I disagree with that assessment. With their far more hippie, spacey jam band vibe, George Clinton and Parliament Funkadelic are the actual Grateful Dead of Funk. Classy and elegant, Chic is more like, the Duke Ellington Orchestra, of the funk genre.

During the conversation Nile also spoke about the forthcoming Chic album, It’s About Time, which was delayed because of the untimely passing of his close friends, Prince and David Bowie. His stated that his love of Bulova developed early in Life. “Bulova is such an iconic brand. All of my life I’ve been going to the airport and passing the Bulova building, which is a landmark,” Rodgers stated “And the GRAMMYs are a symbol of excellence. It’s cool to be associated with iconic brands.” 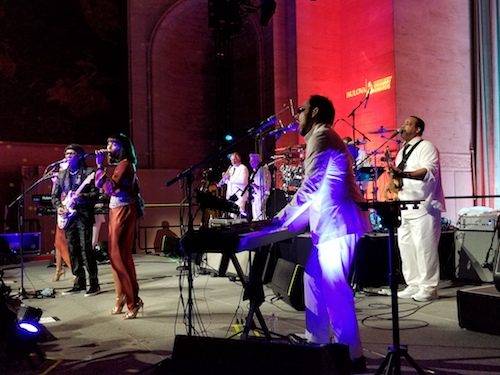 The highlight of the afternoon was a performance by Nile Rodgers and Chic that covered all of their greatest hits plus some of the hits Rodgers wrote and produced for other artists such as, David Bowie‘s “Let’s Dance”, Madonna‘s “Like A Virgin” and Diana Ross‘ “Upside Down.” “We were honored to celebrate our musical partnership with the Recording Academy in our hometown,” said Jeffrey Cohen, President of Bulova. “This event was incredibly momentous for us as we unveiled the new Limited Edition Anniversary timepiece and announced our partnership with Nile Rodgers highlighted by such an incredible performance.”

As the official timepiece partner of the 60th GRAMMY Awards, Bulova celebrated the milestone anniversary with a stunning, must-have limited-edition timepiece that was presented to all winners of this year’s GRAMMY celebration.

“We’re thrilled to continue this extraordinary partnership with Bulova, and to commemorate our milestone anniversary with the new Limited Edition timepiece that will be presented to all 60th GRAMMY® winners,” said Evan Greene, Chief Marketing Officer at the Recording Academy. “There was no better way to kick-off this year’s efforts than with an exclusive performance by iconic, three-time GRAMMY® winner Nile Rodgers during one of the most highly-anticipated GRAMMY Week events.” 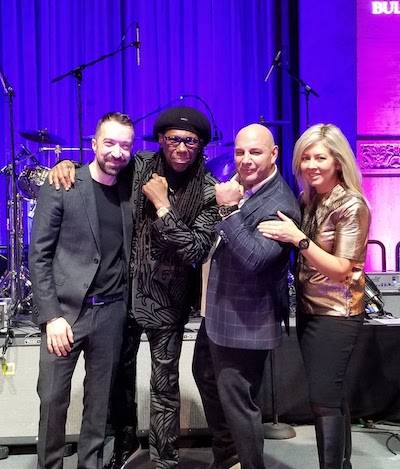 This event was one of the most perfectly planned soirees I have had the honor of attending in the nine year existence of the site. I had a blast and it was the perfect way to celebrate the GRAMMYs short return to New York City.

The GOP Tried To Fool America, Twitter Snapped Back #YoMemoJokes

Jackson Browne is honored at the We Are Family Foundation Gala