I am a lifelong Elvis fan and have enjoyed the film stylings of Baz Luhrmann for years, so I really wanted to love this film. But it was both a hit and a miss for me. The major issue for me was the whole idea of telling the story from the viewpoint of Colonel Parker, who badly betrayed Elvis. Parker lied to him and stole from him; why would any Elvis fan want him to narrate the biopic of Elvis’ life? And as told from the fictionalized perspective of Parker, the story — outside of the performances — is dreary and lacks any joy. Elvis is portrayed as brooding and unhappy his entire life, which I am sure was not true. The shindigs that he threw at Graceland with his crew, “The Memphis Mafia” are legendary. Why was that not properly portrayed? It would have provided much-needed levity to the film.

Then there is the casting. Austin Butler shines in his star-making performance as the King of Pop, which was on par with Jamie Foxx’s Oscar-winning turn in “Ray”. There were moments when he literally took my breath away and completely embodied Elvis. It was as if Elvis really had not left this earthly building! Helen Thomson is also Oscar-worthy as Elvis’ beloved mom, Gladys and Richard Roxburgh is perfectly cast as Elvis’ dad, Vernon. But Tom Hanks, in a prosthetic nose with a weird attempt at a Dutch accent, was ill-suited for his role. In addition,  I know it’s is a delicate subject. So perhaps Luhrmann wanted to steer away from the fact that Priscilla was a 14-year-old, underaged teenager when she first coupled with Elvis. But Olivia DeJonge was the wrong choice as Priscilla. While I loved Olivia in my favorite M. Night Shyamalan film, “The Visit“, she was just not the right actress for this role.

I did appreciate Luhrmann finally dispelling the lie that Elvis culturally appropriated Black music in a negative way. The fact is that Elvis grew up in a poor, Black community and thus he simply performed the music that he loved. In that respect, he was basically the Eminem of his day. In fact, Elvis freely spoke about this and always gave credit where credit was due. He was quoted as saying “The Lord messed up on me in two ways – he didn’t make me black and didn’t make me a bass singer.” Elvis also told Louie Robinson in an interview with Jet Magazine,  “A lot of people seem to think I started this business. But rock ‘n’ roll was here a long time before I came along, Nobody can sing that kind of music like colored people (TGATP note: this is what we were called in his day, so no woke outrage necessary!). Let’s face it: I can’t sing it like Fats Domino can. I know that. But I always liked that kind of music. I used to go to the colored churches when I was a kid – like Rev. Brewster’s church (Rev. W. Herbert Brewster of East Trigg Ave. Baptist Church in Memphis).” These are clearly not the words of a racist. And finally, at the height of his career, Elvis was beloved by his fellow musicians like Jackie Wilson, Quincy Jones, and Chuck Berry, as well as, the black community. In addition, he donated money to both the NAACP and other civil rights organizations. Elvis was so beloved by the Black community that white racists even planted a now debunked lie that he said that “Black people were only fit to shine his shoes” in an attempt to punish him for his alliance with the Black community. Should historical racism in the corporate wing of the music business be called out? Yes. But should artists, like Elvis, be blamed? No. I hope this film will help lay the lies about Elvis to their eternal rest. 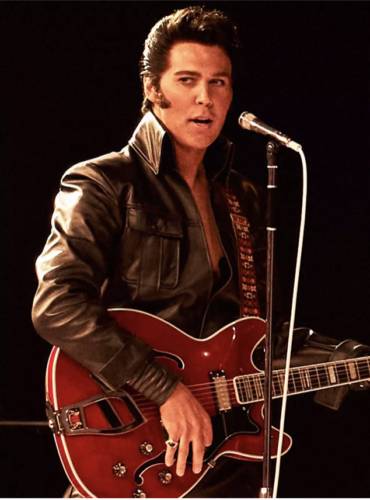 While the movie is way too long, it excels when it focuses on both Elvis’ performances and those that shaped his style. There are moments where if you squint Butler IS Elvis. Butler’s Elvis performances coupled with the amazing cameo performances from supermodel Alton Mason. as Little Richard, and Kelvin Harrison, as BB King, are worth the price of your ticket. Other standout cameos include Shonka Dureh, Yola, and Gary Clark, Jr as Big Mama Thorton, Sister Rosetta Thorpe, and Arthur “Big Boy” Crudup. respectively, In fact, this whole film would work better as a Broadway show, like Luhrman’s currently running show “Moulin Rouge“, than it does as a movie. Perhaps that’s the ultimate plan.