Concrete + Cashmere is a web-based reality show that follows the lives of eight young aspiring fashion professionals with the winner dubbed, “Alize Style Maven”.  The launch party held at the beautiful Cooper Square Hotel pleasantly surprised me!  Since Alize sponsors the show, I unjustly expected a “ghetto” crowd.  (When I hear the name Alize, Kat Williams comic schtick about how when trying to seduce “bitches” he keeps “Alize and satin pillows, so they won’t mess up their perms” always comes to mind!) However, the event was wonderful with an upscale crowd in a penthouse featuring a spectacular rooftop terrace.  (I noted, as did some of the other guests that the edge of the terrace is a bit precarious as it is waaayy too low and you can seemingly fall right over it!  This venue is definitely not for an overcrowded or over lubricated crowd as the railing situation is a tragedy waiting to happen!)

DJs D Nice and Rashida were off the hook and kept everyone dancing all evening.   Food was the only misstep.  If you are going to do food, you have to DO food.  With a crowd of up to 200 people, I only saw three trays passed!  It is better to not serve food at all than to inadequately serve it.

Met Erin Lucas, formerly of MTVs “The City” who will be making guest appearances on the show.  She was accompanied by the enigmatic David McKnight, one of the Concrete + Cashmere hosts.  Also encountered the totally classless Xavier Alvarez, who I pray gets voted off the show real early!  He was one of the biggest idiots I have recently encountered, which is saying a lot!   Annoyingly, Xaxier kept pushing up to the bar and oddly announced that he was the Belvedere rep to get served quicker.  In addition, the bar ran out of Belvedere as he kept ordering large glasses full!  This kid is on the wrong show and should consider a stint in rehab or auditioning for “Intervention” instead!!  From the show, I spied DC Native Delorean Cheeks who was one of the first contestants voted off (and rightfully so, what was with those awful green shorts and that tote bag for a NY night out??) and Emily Nawrocke, who was also ousted. Also, in attendance were Alexandra Alexis and her horrid little friend, social wannabe Drew Felder aka “Adrien Field”.  (One can only hope that Andy W. was right and that both Drew and Xaxier’s fifteen minutes will be mercifully short!)

I watched Episodes 1 and 2 of the show today and it is fun and engaging a kind of cross between Project Runway and Top Model.  However, I do hope that in future episodes, series creator and co-host Michelle Murray tones down the bitchy wannabe Tyra thing as it doesn’t really suit her.  While she is very lovely, she is a brand director NOT a supermodel.  Thus the bitchiness and the constant petulant look on her face just made her less attractive and made me think of the movie “Mean Girls”.  In Episode 1, I also disagreed with their assessment of Sakon, who looked adorable in her party dress and felt that they were just trying to create something flip to say.  Erin Lucas was an absolute natural, very poised and lovely as was McKnight.  Also, while Alize is the sponsor the CONSTANT drinking of it and plastering it everywhere screamed marketing desperation!  But I am hooked and will continue to watch it! 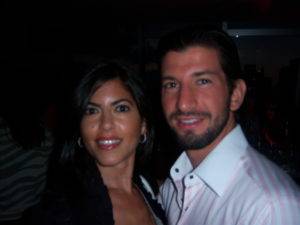 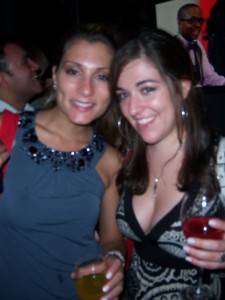 Rest In Love and Peace MJ