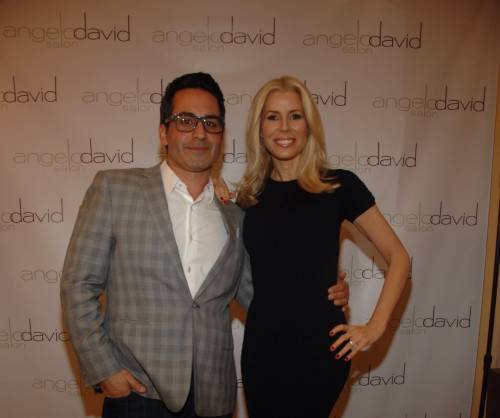 About Aviva Drescher: With true courage, Aviva tells her story in her memoir, Leggy Blonde, including how she lost her foot in a barn accident at the age of six and the numerous—sometimes bizarre— attempts to reattach it. After a trip to India to be “cured” by a famous mystic, young Aviva learned to use fashion and style to draw attention away from her prosthesis. She fled to Paris in her early twenties, where she transformed herself into a wild club chick and danced on tables with the crème de la crème of the big-hair supermodel era.

Through a series of tumultuous relationships, Aviva had four children by two husbands, changed religions, got a law degree, and became an entrepreneur. All the while, she wrestled with chronic panic attacks and phobias (it’s not easy being terrified of elevators in Manhattan), and a few savage Law & Order–worthy civil courtroom dramas. Thanks to her loving husband, Reid Drescher, Aviva came to terms with her mother’s early death, got a grip on her anxieties and found the strength to show the world who she really is. Aviva is currently on Bravo’s sixth season of The Real Housewives of New York City which premiered on March 11, 2014. About Angelo David Salon: A beauty industry veteran, Angelo David Pisacreta is the owner and Creative Director of Angelo David Salon. He is a world-renowned stylist and colorist, originator of Couture Hair Extensions, Wigs and Additions, developer of The Angelo David Hair Care collection and creator of the latest hair supplement Hair Detox. By pairing his impeccable designing skills with artistic cutting, coloring and styling abilities, Angelo has transformed even the most challenging hair into stunningly beautiful locks.

You're Happy And Successful... Here Come The Haters!