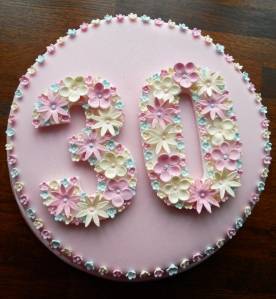 Back in 1997, Glamour magazine published a story titled “30 Things Every Woman Should Have and Should Know by the Time She’s 30.”  Written by Pamela Redmond Satran, the list was so popular that it was wrongly attributed to all sorts of scholarly women from Maya Angelou to Hillary Clinton.  The list has been kicking around and quoted widely since that time so Glamour decided to turn it into a book featuring essays on each of the items on the list.  Here is Part One of the list – what you should have by the time you are thirty – with TGATP‘s thoughts and advice.

1. One old boyfriend you can imagine going back to and one who reminds you of how far you’ve come.
I slightly disagree with the first one.  You should be ever growing and in the Moment, so the beau that was great years ago probably isn’t all that right for you now.  But I totally get the second.  ONE?  I have a gazillion examples of how far I’ve come.  Prone to fall for rich ock stars and broke wannabe rock stars in my youth.   I also tended towards cold Gothic-novel type foreigners, who took themselves oh-so seriously, were controlling and couldn’t commit.  I am now totally baffled by those choices!

2. A decent piece of furniture not previously owned by anyone else in your family.
Nice for 30’s.  But as you hit your 40’s and your ‘rents start to age and pass on, you’ll definitely want something of theirs in your home.

3. Something perfect to wear if the employer or man of your dreams wants to see you in an hour.
Something implies one outfit.  TGATP believes in the Boy Scout motto of “Be prepared” when it comes to any manner of dressing or undressing!  You should dress EVERYDAY as if ANYTHING can happen.  I met my great Love on a train to work one day!

4. A purse, a suitcase, and an umbrella you’re not ashamed to be seen carrying.
Unfortunately, most gals are on a bargain basement budget at this age.  Plus here in NY, when it rains it usually destroys your umbrella.  So you end up with a gaziliion of them.   But if you can do, do.

5. A youth you’re content to move beyond.
From 23 to 29 is about as long as you should still be having all-nighters of any sort.  I know people in their 40s and beyond still partying like rock stars, which signifies addiction.  Definitely get help if you are still doing the same crazy things you were doing in your twenties past thirty!

6. A past juicy enough that you’re looking forward to retelling it in your old age.
I definitely agree with this one.  Live a bit! Too many young women today are far too staid are going straight from college to job to marriage and kids.  There is no sowing of wild oats time.  When I finished college, I took off solo for Italy and all the wonders of that country.  I, then spent four zany years in London working in music and living a rock “Band-Aid” Life partying, with the likes of the Stones.  While I am content to move beyond it, it was at least a great youthful time that will make for an interesting autobiography should I choose to write it.

7. The realization that you are actually going to have an old age — and some money set aside to help fund it.
This is a very vital piece of advice that I wish I had started working on much sooner.  A recent report stated that the net worth after debt of the average African-American woman is just $5!  While you should live well,  you should save well too.

8. An email address, a voice mailbox, and a bank account — all of which nobody has access to but you.
Yep.

9. A résumé that is not even the slightest bit padded.
Yep.

10. One friend who always makes you laugh and one who lets you cry.
Again with the singular.  ALL of your friends should fit both of these criteria or they are not your friends.

11. A set of screwdrivers, a cordless drill, and a black lace bra.
Very true.  But I would add, a SEXY black bra like the one pictured above from Marlie Dekker, that I am so crazy about right now.

12. Something ridiculously expensive that you bought for yourself, just because you deserve it.
Yep, but then TGATP thinks you deserve the very best at all times.  So again, not “something” – SOME THINGS!

13. The belief that you deserve it.
Know that you are only in this Life to live it to the fullest.  So many people seem to believe that Life has to be a sacrifice filled drudgery when it doesn’t!  You are only going around this way once.  So live like a Queen and know that you deserve the best in everything – career, home, relationships, friends. Do not settle for less or anything that does not make you happy in any of those areas.

14. A skin-care regimen, an exercise routine, and a plan for dealing with those few other facets of life that don’t get better after.
DEFINITELY!  It is NEVER too early to start using anti-aging products.  I HATE exercising so put that off till way to late and now am forced to do it.  Better to get into an exercise groove early lest you pay for it later.

15. A solid start on a satisfying career, a satisfying relationship, and all those other facets of life that do get better.
While this is optimal, it is not always the path Life takes you on.  In addition, people often think they ARE making solid starts and then things fall through.  For example, I spent the better part of my twenties in a relationship that ultimately went nowhere.  Would I have preferred him to be the One and not wasted four prime years?  Sure.  But there was no way of knowing that with a twenty-something mindset.  And with the current work environment, the majority of people are not ending up in the same career they make a start at in their twenties.  I went from music pr to tv production before finding my best career in Internet publishing and digital branding.   Long gone are the days of a one career Lifetime.  So my best advice here is give each of these your best effort and let Life take you where it may.  And remember that each day is the first day of the rest of your Life, so each day brings the opportunity for a solid new start.

Stay tuned for Part Two:  What you should Know By the Time You Are Thirty.

TGATP Attends The CEW Beauty Awards Luncheon at the Waldorf!