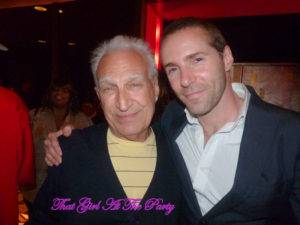 “Who Do You Love “is the second film, in as many years, to tell the amazing story of Leonard Chess, the founder of Chess Records.  Leonard is the man who brought the music of Muddy Waters, Bo Diddley, Chuck Berry, and Etta James to the world.

Both films have their strengths and if you are a true music aficionado, you will take away different things from each.  I recommend seeing them both as they have completely different feels and emphasis.  The bigger budgeted Cadillac Records had flashier stars and a more Hollywood feel.  But that does not necessarily make it a better film.  I felt that Adrien Brody played Leonard Chess, as a bit of a schmuck and, not at all like, the tough businessman that he was.  Brody’s portrayal made him seen goofy and green and like he kinda just fell blindly into the music business.  Alessandro Nivola, one of my biggest Hollywood crushes since his sizzling hot portrayal of a Frances McDormand’s Rock God of a boyfriend in “Laurel Canyon”, brings a cool and street smarts to his portrayal of Chess that is, purportedly, more accurate.  Robert Randolph is a revelation as Bo Diddley and Keb Mo is more quietly understated than Jeffrey Wright as Muddy Waters.  Jon Abrahams was also a standout as Phil Chess, Leonard’s brother.

Each film had its own glaring omissions and cut out key characters most probably due to a lack of rights since the films were being made at the same time.  Cadillac Records makes no mention of Phil Chess, who was an instrumental partner in the success of Chess Records.  Who Do You Love, on the other hand, puts Chuck Berry on delete and mentions Etta James but turns her into “Ivy Mills,” which led to tremendous confusion since they used James’ music. This was a major faux pas.  I thought that maybe Leonard had an affair and recorded “At Last” with another Black woman, who died before Etta came along, the way that this film portrayed it!

Met Alessandro at a private premiere screening held by Cinemonde and he is a real sweetheart and equally hot in person as he is on screen.  Robert Randolph was also a sweetie and it was totally amazing to meet the family of the late great Bo Diddley!