Entertainment
September 13, 2019
by That Girl At the Party
0

Once upon a time, in another life, I worked for a brief time as a phone girl booking dates in high-end NYC dating/escort agencies. The phone girls’ job was to book the appointments and ensure the safety of the women on the dates by checking in with them every hour. It was a rough period where I was working in film production but struggling financially with being underemployed. The backstories of the women that booked the appointments and those that actually went on the dates, were wide and varied. Many were students, some were single moms, some were supporting bad boyfriends or husbands, some were taking care of their whole family. Others, like me, were entrepreneurs, who had not been given proper chances. Many of the women were also strippers. One of my friends, a former stripper, created an off-broadway show called “Stripped” about it. Most of us had experienced sexual assaults or abuse, some of us had multiple occurrences. 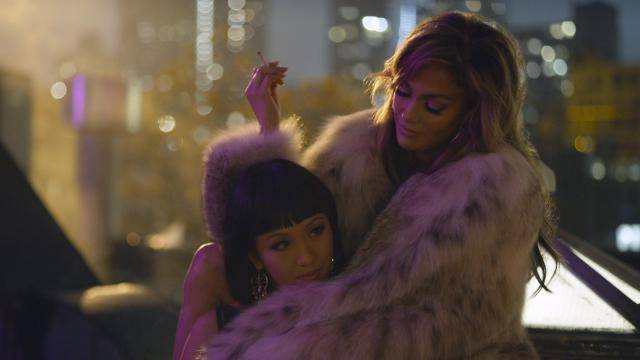 The protective bonds amongst the women were the strongest of any I have experienced in any other field. All of us had dreams deferred and no one really wanted to be where we were. So we rooted for each other to succeed in our other businesses and be able to get out. In addition, the celebrities and other major notables that were on the other end of the phone booking dates were often a major surprise.

As a born again Christian and older and wiser woman, I am not proud of that choice now and could never be involved in anything like that again. However, I am also no longer ashamed to talk about it. Like Jay-Z and Jada Pinkett Smith‘s drug dealing days, it was a part of my journey. It was also one of the more interesting and colorful times in my life. 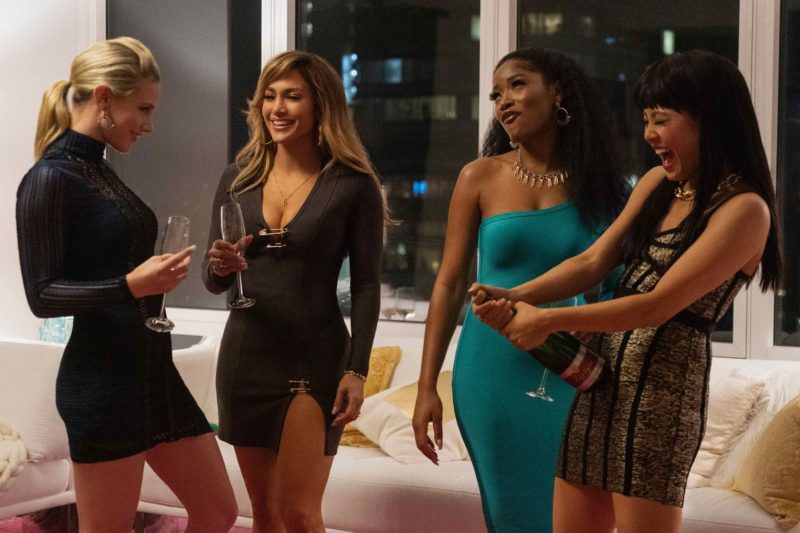 Thus, I can attest to the authenticity of “Hustlers”, which is one of the best films of the year. I felt like I knew each of the women portrayed. Based on the true story of Samantha Barbash, who commandeered a gang of strippers from NYC’s Scores, in cleverly fleecing some of NYC’s richest men, it’s a totally different film than I was expecting. For some reason, I anticipated a cheesy, comedic Hollywood handling of this story. Instead, Lorene Scarfaria delivers a smart, riveting, slick film. It’s a female “Goodfellas” with the cinematic style of “The Big Short.” Even though they are committing crimes, you root for these women because you recognize that they are victims of the rampant sexism and racism in American society. In a more equitable world, these savvy sisters would be billionaires.

Jennifer Lopez deserves every bit of the hype she is receiving and delivers her first Oscar-worthy performance since “Selena.” Her opening scenes working the pole and subsequently in a bikini wrapped in a fur smoking a cigarette,  literally gave me goosebumps. Her Ramona is a cool and empowering woman, so I have no idea why her real-life counterpart is not happy with the positive portrayal. I worked with JLo on “Money Train”. Because she was kind to everyone on set and a fun, sweet gal, I have been a fan ever since. Except for “Out On A Limb” and “Enough”, I have always felt that she has been underserved with the screen roles, she has been given. Because Jennifer is both one hell of a screen presence and actress, I look forward to her getting better and better with weightier roles in the future.

I fell in love with Constance Wu in “Crazy Rich Asians” and she is pitch-perfect in this role. I can’t imagine anyone else playing her character with the degree of innocence and edge that she brings to the film. I am, however, dismayed to hear that in real life, she is an ungrateful mean bitch. She needs to find some humility and graciousness STAT or will lose her career.

Fortunately, Cardi B and Lizzo have very limited screen time. They are not actresses and their continued presence would have lowered the overall quality of the film. They basically play themselves. It IS ironic that Cardi admitted to doing the same thing to men – drugging them and taking their money – that the women in the film are ultimately arrested for. 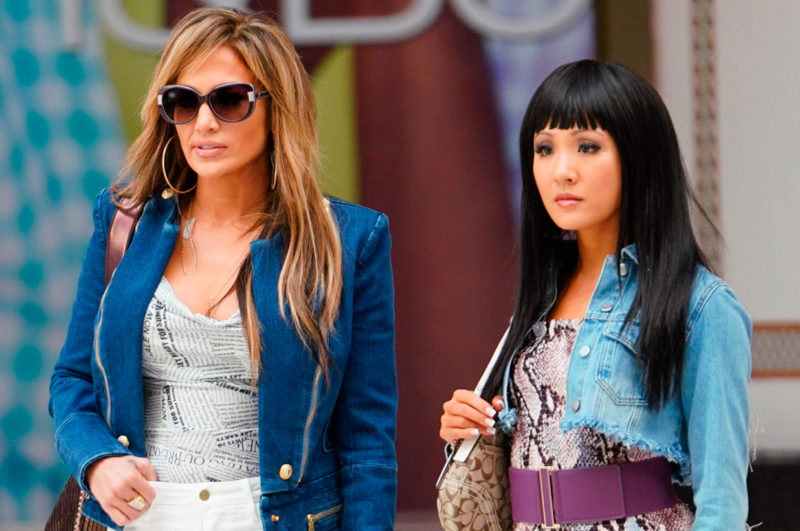 There is never a dull moment. While you can see where it is all going to end, you are riveted by how the saga unfounded and the sad results.

Much has been made of the fact that this film has a female director and writer, which is a wonderful thing. However, I watched as the credits rolled and there were few to no women in key production jobs, like production coordinator, grips, electricians and drivers. I noted this because it was these sexist and racist hiring practices that led me into my own aforementioned experiences, in the first place. When I worked in production in the ’90s and early ’00s, it was so racist that people – mostly white women – would get my resume, hire me over the phone then say I was racist code word – “overqualified” – when I arrived to start and they realized I was a woman of color. 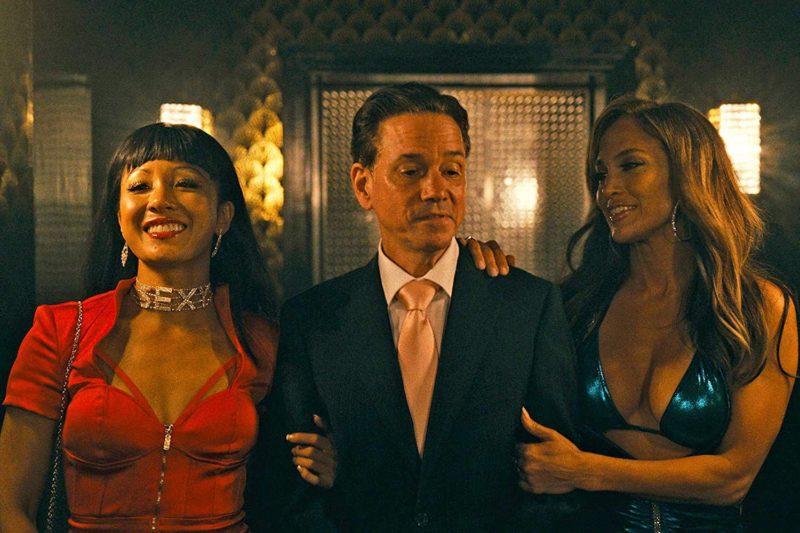 Hollywood, particularly women, have got to do better, not only with hiring female directors, but also with hiring women and people of color in ALL key positions in production offices and on film sets. It is time for 50/50 hiring for both gender and race. Like Spike Lee did for African-Americans, any time a woman is directing a film, she needs to demand that there be gender and racial parity in hiring. In fact, female studio execs, directors and producers need to stand up for other women of all hues in all areas of production from development to screen!

How to Sweep Your Other Half Off Their Feet

Samplefest® Set To Give Thousands Of Samples To Lucky New Yorkers!