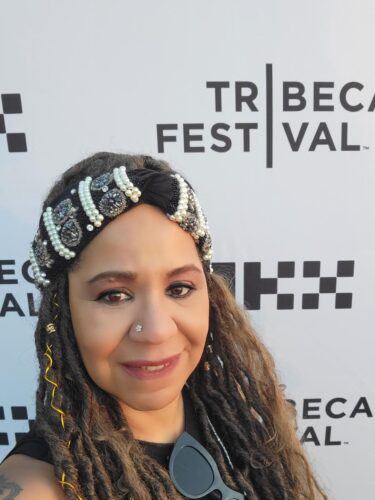 The Tribeca Festival has always been one of my favorite events of the year. But after 20 years of glitz, glam, and celebration, this year’s Tribeca Festival was a disappointing dud.
Here’s why:

1. Inept PR – As is often the case, good PR people can make or break an event. This year was a bust. Despite attending and covering the festival from its inception — including last year when I did a daily diary with pics! — this year I was snubbed by the new PR and granted a “virtual pass.”  There is ZERO way I am going to sit in my house and watch movies when a festival is taking place in my hometown and then cover it. In addition, only a handful of the movies were even streaming. Fortunately, the outside PR for the events and the films invited me to enough to fill my days without the useless agency that Tribeca purportedly contracted at the last minute.

I did stop by the press office while attending a talk. I was told during that visit to contact Natalie and Theresa, the main PR contacts, via email for an upgrade, and no one ever got back. While there, I spied dozens of press passes on the desk of journalists and influencers who did not bother to attend. This is a major PR faux pas as there is very little coverage of the festival this year. I just checked Vox Media’s site, which was one of the unclaimed passes that I saw. While there is a story from Cannes, there is no coverage from them of this year’s Tribeca Festival. This says a lot.

I take solace that I was not alone. At least, ten fellow film critics that I see at all major screenings said that they were treated equally bad by Tribeca PR and were ignoring the festival this year. Hopefully by next year, proper PR will be in place. Because this was bad for the filmmakers and the festival, in general. It’s like that tree in the woods. If no one covers it, it might as well not take place.

2. Uninteresting programming — After dealing with the PR and since I also have some film and TV projects in development, I started to just buy a pass for the Festival this year. But the other issue with this year’s Tribeca Festival was the programming, especially the Talks. There simply wasn’t enough interesting stuff going on to warrant the expenditure. Last year, there were at least two talks a day that were must-see. This year, there were only three great talks and a handful of buzzy films for the entire festival! It was also a better idea to utilize the open-air of the rooftop space for the Talks. The utilized room was not properly laid out for the Talks with anyone sitting on the left side of the room unable to fully see the participants. In addition, we needed more Q&A time for the audience.

3. Uninspired events — Originally conceived as a way to celebrate NYC — particularly the neighborhood of Tribeca — after the tragedy of 911, the Tribeca Festival always included tons of fun free things for New Yorkers and their families to do. Last year’s, outdoor screenings were a blast. This year, there was nothing really special for the community! There were no big concerts, comedy shows, outdoor movies, no family day, and no sponsored popcorn served at the two free screenings I attended.

4. Ugly lounge area — Tribeca, I get it. You lost Nespresso, your major sponsor, who used to kit out a lush and beautiful lounge. But couldn’t another one have been found? While the Doordash food was ok, the actual lounge itself was drearily designed with just a couple of Keurig machines. The coffee area in the networking lounge reminded me of a low-budget craft service table. After years of beautiful lounges from Nespresso and Target, it was just tacky and dour.

5. Exhorbinant ticket pricing — There is no rhyme or reason to charge $26 for an independent festival film when moviegoers can see blockbusters for $15! Even big movie fans are not going to pay that. Most of the screenings I attended were filled with filmmakers and their friends and family, which was a missed opportunity. I would’ve made the tickets $10 to garner attention for the filmmakers.

All that said, I did have some wonderful evenings out of my own making and met some truly wonderful people. I just hope that Tribeca will return to its former festival glory in years to come!

The Summer Fancy Food Show Is Back!