Dispatches From The Occupation, Featured Items, Opinion
July 4, 2017
by That Girl At the Party
0 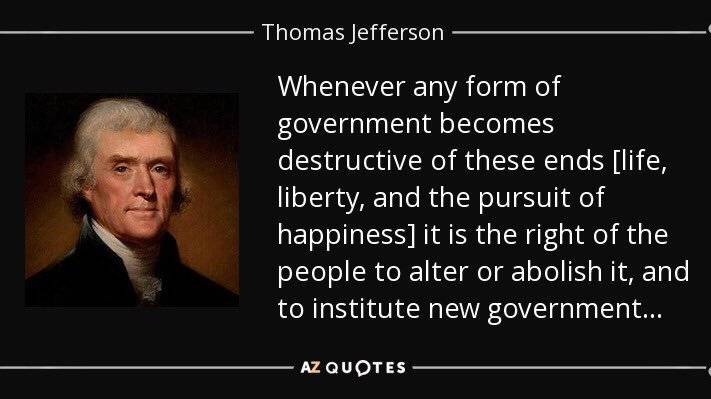 The 4th of July was always a mixed bag for me. On the one hand, the Founding Fathers were great men, who espoused noble ideas of freedom and justice for all. But on the other, they were sexist, racist slaveowners, who after writing these treatises hypocritically went home and raped their slaves and oppressed their wives. It was a hundred years after the so-called Declaration of Independence before slavery was abolished and a hundred more before African-Americans had civil rights. And we still have rampant racism and discrimination in every aspect of America life. From jobs to health care to housing to education, Black folks at every economic level have an extra hurdle to overcome. Lynching has simply taken the form of murdered by police. The years I spent as an activist on the cases of Mumia Abu-Jamal and other innocent people imprisoned for Life and/or on death row, also made it glaringly clear that we still do not have true freedom. I know well the hypocrisy of us calling this “Independence Day.”

But then came the election of President Obama and a ray of hope for the nation. Those eight years of 4th of Julys brought a renewed pride in our nation. Perhaps, we truly could move past our racist past. Perhaps, we could live up to the greatness at the foundation of our Constitution. But what a difference a year makes! When I think back to this time last year, it is as if, we now live in a second world country. The election of a reality star, who is proving to be an unhinged sociopath, is turning our respected and beloved nation into a banana republic! In just six and a half months, the man currently residing in our White House along with his enabling party, have attempted to take the country back decades.

But I, for one, am not going back! I am moving forward. I am fulfilling the promise and the dreams that my ancestors had for me. I will honor my African and Native ancestry, as well as, civil rights leaders – and yes, the Founding Fathers –  by resisting every attempt to destroy our democracy by this corrupt government. I will remain independent of all the ignorance, xenophobia and cruelty that this government is flinging at both American citizens and people worldwide. I will never consider this nonsensical White House circus, normal or acceptable. I know that this country can, and will be, greater than this current nightmare.

This 4th of July, TGATP urges you to pledge to be a true Patriot and remember that this holiday celebrates resistance. It calls on us all to stand up for the principles of our Constitution and Bill of Rights. It demands that we be the best that we can be and unite to hold our government accountable to only passing laws that are in the best interests of the majority, not the 1%. It demands that we truly put “America First” and “Make America Great Again” by recognizing that we are ALL Americans, all of us – black, white, hispanic, immigrants, LGBQT, Christian, Jewish, Muslim and more. America was great just last year. The only way to make it great “again” is to rid ourselves of the people, who are trying to convince us otherwise and take us backwards.

What to the Slave Is the Fourth of July? by Frederick Douglass

What To Black Americans Is The Fourth of July?

What to the Slave Is the Fourth of July? by Frederick Douglass